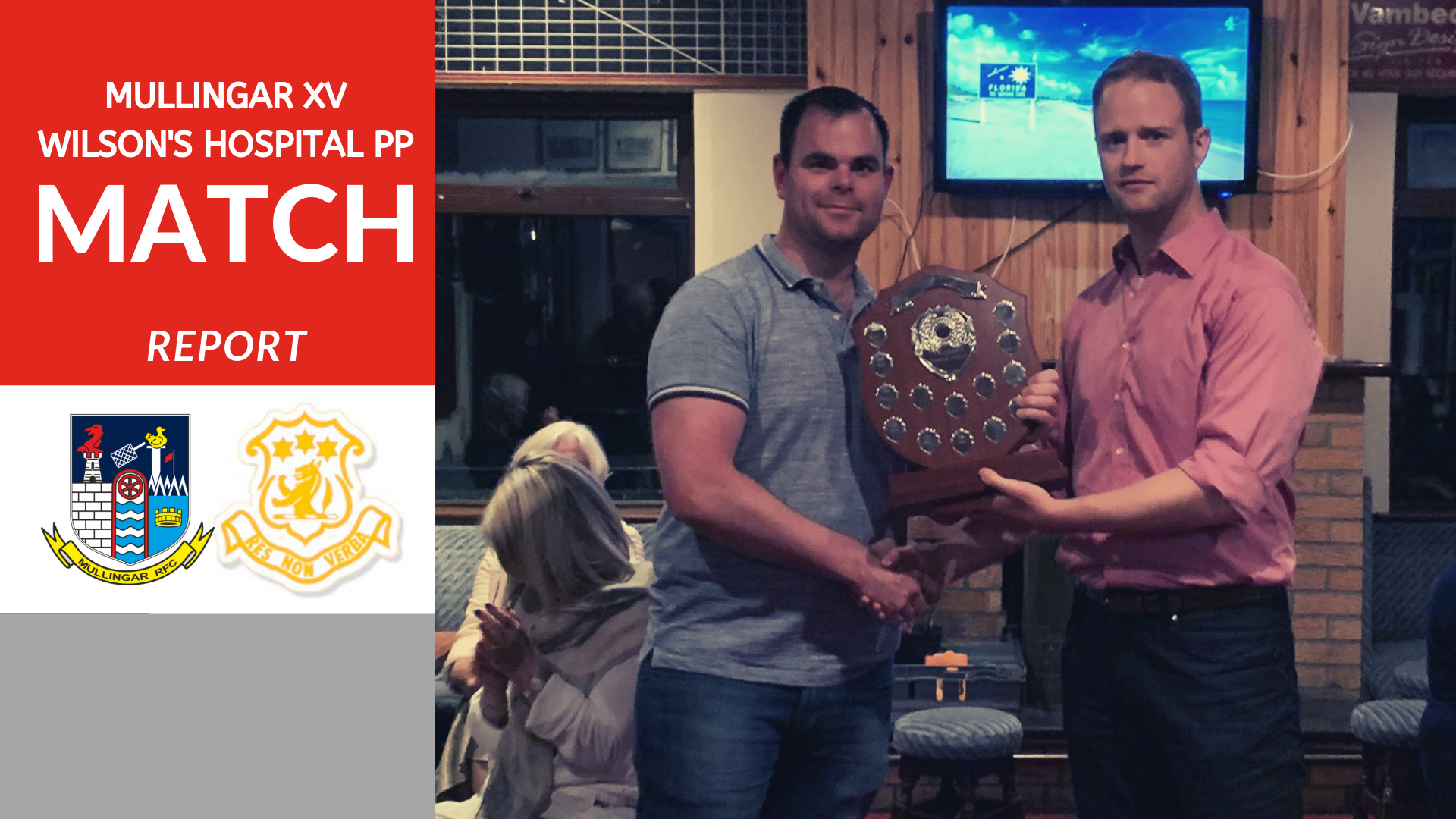 Our annual first game of the season took place on Saturday evening at Shay Murtagh Park, in dry but breezy conditions. The conditions led to an open running game with both teams scoring 4 tries each. The difference of the 6 points being Wilson's tries were relatively easy conversions and Mullingar only getting 1 conversion. Ryan Brennan and Peter Mitic both made their debut, having come through our youth`s system. New players Luke Finnegan and Lemeki Vaipulu also making their debut for Mullingar while we also saw a  return to the fold by Donal McGovern, Sean Loughlan and Alex Moran. The game started with Mullingar playing into the breeze and dominating the first 10 minutes, played solely in the Wilson's half.  Mullingar got a couple of penalties in this period and elected to kick to touch but Wilson's defended well and eventually broke out, almost scoring in the process but a knock on about 10 metres out with a clear path to the line resulted in Mullingar clearing their lines. Both teams were intent on passing the ball in attack rather than kicking. Wilsons were first to score in the 23rd minute when after a break down the right wing they got in for a try under the posts. In the 35th minute our stalwart Arthur Brabazon scored a try but unfortunately he was in the Wilson's colours in the first half. Mullingar got their first try 3 minutes later, when they had a penalty about 20 metres out from the Wilson's line. As Mullingar had dominated the scrums up to now, they elected to go for a scrum. Wilson's were adjudged to have collapsed the resulting scrum and when they did so again for the 3rd time the referee awarded a penalty try as Mullingar were now only a few metres out.  The score at half time was 14-7 to Wilson's.

5 minutes into the 2nd half Wilson's got a third try, again easily converted to go 21-7 up. Mullingar upped the ante and put a lot of pressure on the Wilson's line and eventually got the reward with a try from Daz Brady. The conversion attempt from the left touchline by Sean Loughlan was narrowly missed. Score now 21-12 ifo Wilson's.  Shortly after Alan Brabazon got another try for Mullingar, this time on the opposite wing. Again the conversion was narrowly missed to leave the score at 21-17. With 3 minutes left Eoghan Moore got Mullingar`s 4th try and again the score was near the sideline making for a difficult conversion, but with Mullingar now in the lead at 22-21. However Wilson's didn’t give up and in additional time were awarded a penalty. A quick tap and a Wilson's player was in for their 4th try to win the match. A good workout for the Mullingar players ahead of the Midland league fixtures, the first one being away to Longford next Sunday at 3.00.