OUR U14 GIRLS WIN THE LEINSTER PLATE AT ENERGIA PARK 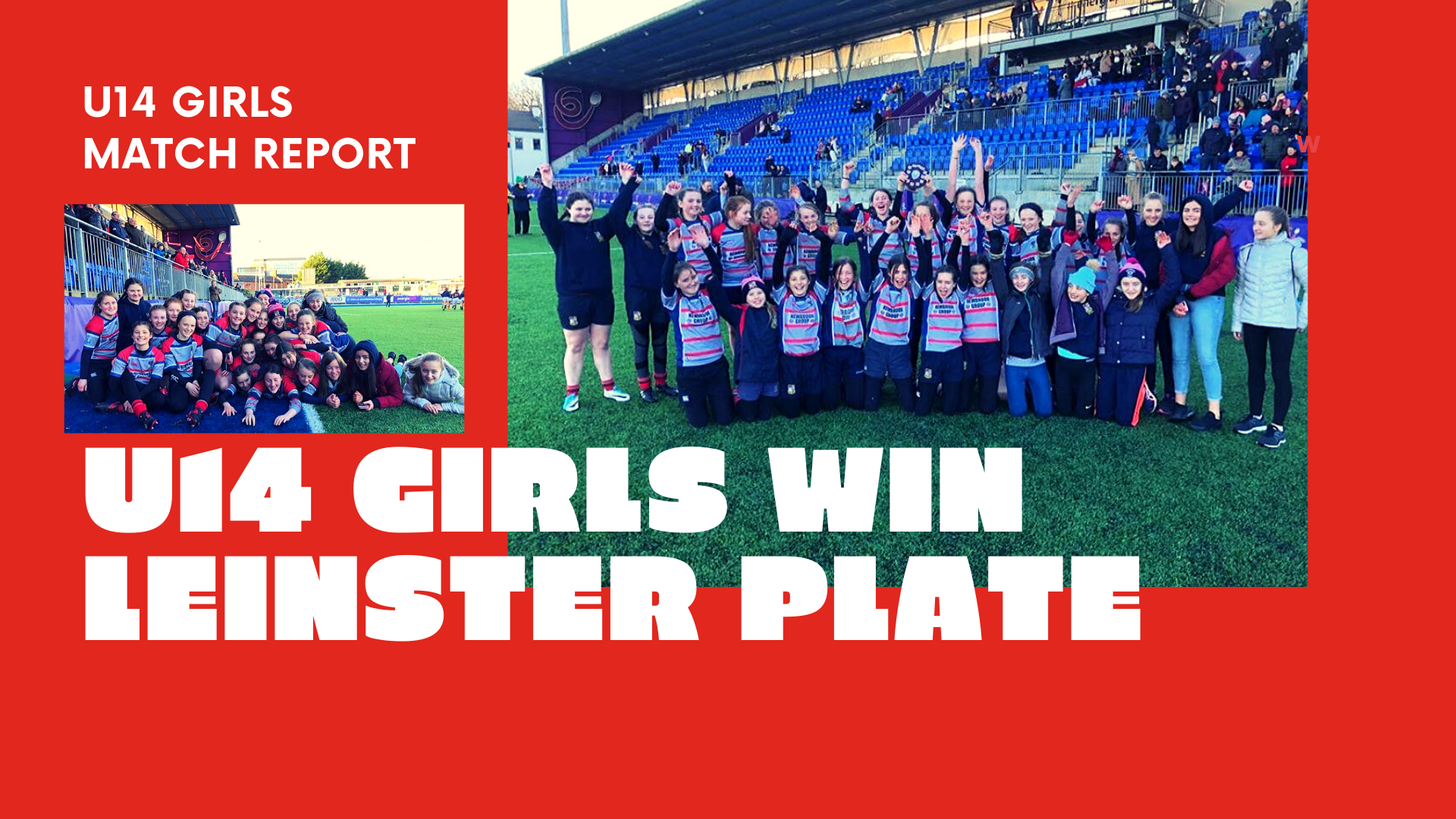 Mullingar U14 girls competed against Greystones RFC in the Leinster U14 Plate final. Both teams braved the cold of Energia Park, Donneybrook to produce what was an exciting spectacle with a great display of skill, determination and dramatic defense. Mullingar got off to a great start after just five minutes when they went ahead with a well worked try just 5 metres in from the Greystones corner flag. With the score a 5-0, the considerable crowd that had gathered could see that Greystones were not going to lie down and despite numerous attempts to break the solid Mullingar defense it was Mullingar who scored just before the break.

The second half started with a burst of energy from Greystones and after being camped on the Mullingar line for what seamed like ages, they finally crossed the line. With the score at 10-5, Greystones piled on the pressure and some heroic defense kept them out and as the game drew closer to the finish it was Mullingars experienced bench that proved too much for the brave Greystones challenge and Mullingar won out 15-5. These teams will undoubtedly meet again in the last rounds of the Leinster League in April and we will know to expect some great rugby.