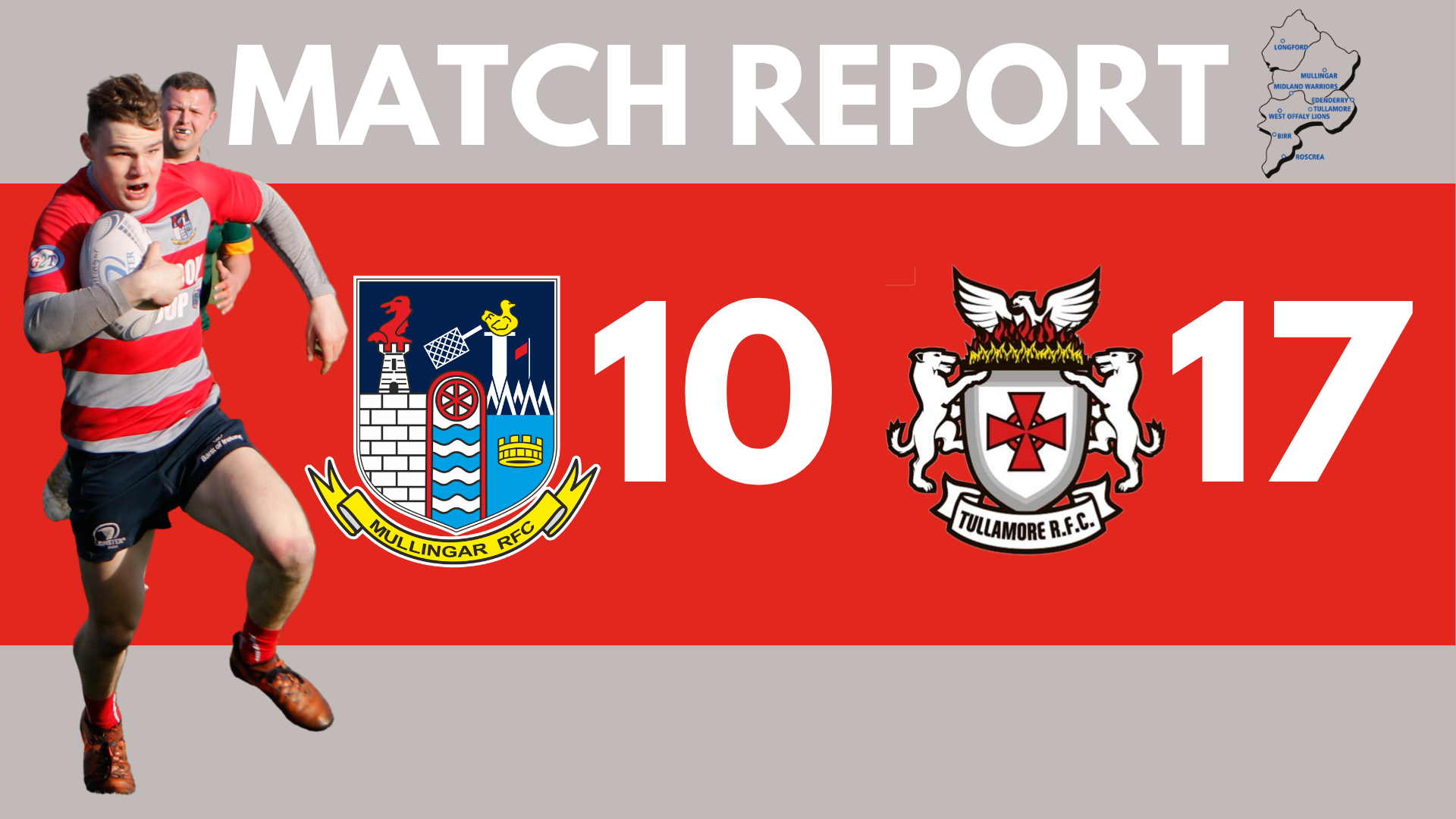 Mullingar had an excellent workout game against Tullamore in Section A of the Midland League, playing under lights last Friday evening at Shay Murtagh Park. With covid restrictions there is no access to the clubhouse and everyone departed immediately afterwards…. But it was great to have competitive rugby again and after weeks of training and one friendly training match v Navan the previous week (which Mullingar won) this was back to competitive rugby.

Tullamore started faster and were largely in control for the first 20 minutes. They scored a try from an intercept after five minutes, and tacked on another try from multiple phases close in after 15, converted to have a 12 nil lead.  Mullingar lifted their concentration and effort and gradually got into their own stride. Good lineout structure, reasonable scrum control, and nice control from the young outhalf James Kerrigan, gradually got parity. However close to half time, Mullingar had two blows. Firstly a well read intercept when Mullingar were trying to build phases led to a third Tullamore try, so the score went to 17 nil.

At half time, Coach Thomas Campbell (TC) challenged the players to use what they had worked at in training and to up the effort. Lemeki Vaipula joined the fray and brought his go forward mentality and physical presence. The front five got on top in scrums to add to the very reliable lineouts as a source of quality possession. Arthur Brabazon brought zip to the distribution and Mullingar can take credit in turning the tide. A try by Arthur Brabazon from close range followed some excellent phase play with Brady, Geraghty, Liddy and McGovern gaining good ground. Although Kerrigan struck the conversion well it shaved the outside of the right upright and it was 17-5 with plenty of time to go.  Kerrigan was very assured in everything he did.

The intensity increased as Mullingar went all out to reduce the gap. Firstly Sean Cronin and Dylan Day came on as fresh replacements. Cronin, like Kerrigan, had played in the Navan game, but this was Dylan Daly’s senior debut. They combined to raise the tempo, winning a ruck turnover and a penalty with sheer exuberance.  Liddy kicked for position, the line out was won and Tullamore ran out of defenders as Eoghan Moore crossed for a lovely team try. It was 17 -10 with minutes remaining. Mullingar continued in the ascendancy, with more effort and physicality from Alan Naughton and  Kilian McNay, but Tullamore held out to take the victory.

Mullingar can look forward to Leinster League Division 1B rugby this season starting with a series of home and away games against Boyne, Clondalkin and Longford.  Coaches TC, Cormac Dunne, Tony Doolan and Lemeki Vaipula have good numbers at training with a contingent of young talented players from the club youths system.