UNDER 18 BOY'S GET A FINE WIN IN THE MIDLANDS LEAGUE 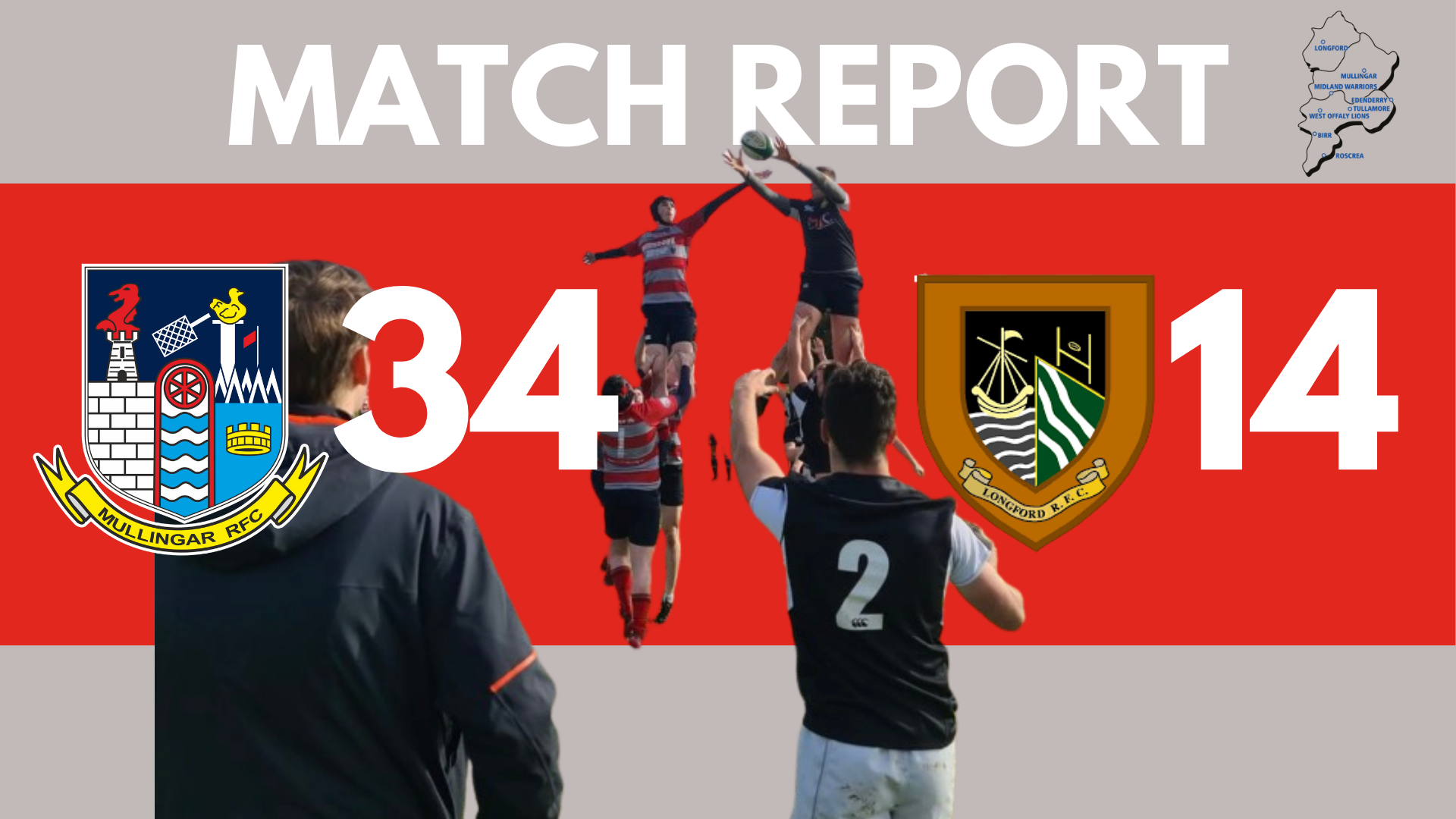 Another sunny afternoon and Mullingar took to the field to face Longford in the second round of their Midland League campaign. Due to GAA commitments and injuries the team was missing a few of their players but on the plus size they welcomed back Sean Nally and a strong team took to the field. Mullingar started on the front foot pressing the Longford defence deep in the Longford half, it looked like a score was imminent but a clever intercept relieved the pressure on the Longford defence. The Longford attacker took off for what looked like a certain try despite the 70 yards between him and the try line but a good chase by Brian Farrell and Cian Lee caused the Longford player to stumble. A ruck was formed and Mullingar conceded a penalty. Longford kicked to touch and looked well placed to launch an attack on the Mullingar tryline but Tadhg Heneghan competed well at the lineout and tipped the ball back on the Mullingar side, the ball fell to the Mullingar winger, Denians Izekor, who had little room to work with but he skipped in field and found a gap before straightening up and heading for the try line. He out paced the Longford defence to score a very impressive opening try.

Mullingar continued to apply the attacking pressure and Sean Cronin found himself in space and he showed good footwork and a fine turn of pace to beat two defenders and dot down to make the score 10-0.

The Mullingar half backs, Jamie Daly and Brian Farrell, were in control of the game and they marshalled the backline well to put Niall Murray away who made a fine run and looked like he was going to score his first try of the season but the Longford defence scrambled well to hold him up just short of the line but a quick ruck gave Dylan Daly the time and space to score the third try. Daly also converted the try to make the score 17-0.

Longford were sparked into life and from a lineout in the Mullingar 22 their forwards displayed their power with a strong maul which brought them to the 5 metre line, several strong carries by the forwards tightened up the Mullingar defence and Longford moved the ball to their backline and scored under the posts to make the score 17-7.

Mullingar almost scored again before half time, a strong carry by Mullingar No. 8 Peter Reynolds brought play into the Longford 22, Brian Farrell spotted space on the wing and put in a fine cross field kick which Conor Gibney gathered to dot down but unfortunately the referee spotted a push in the build up and crossed the try off.

In the second half the Mullingar team exploited the space out wide which lead to two further scores for Conor Gibney and one for Cian Lee both of whom had impressive games. Longford got the last score of the game to make the final score 34-14. The team take a well earned break next weekend before facing Tullamore the following week.