MULLINGAR U18'S GET MIDLANDS LEAGUE OFF TO A FLYER 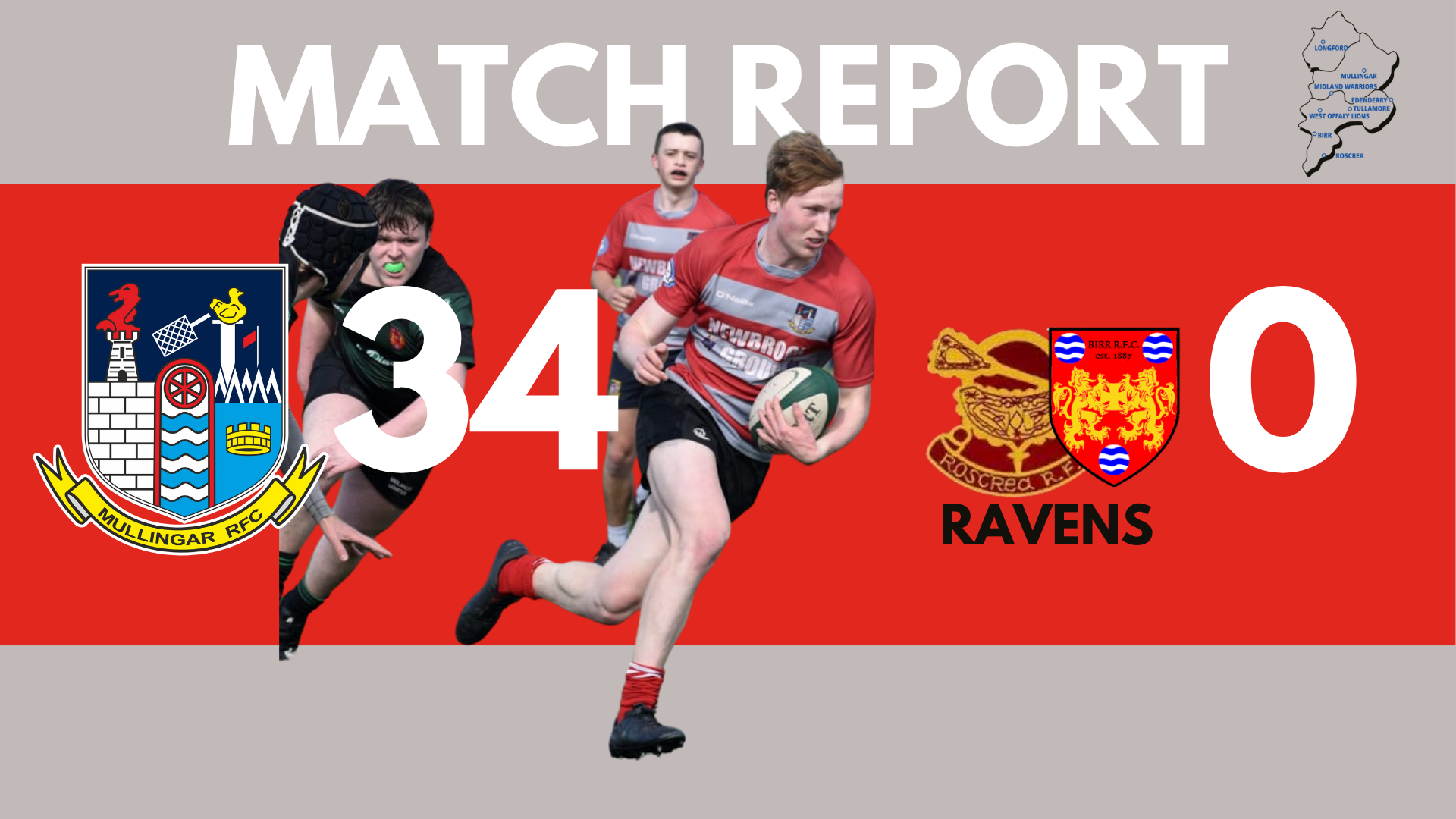 Following the first frost of the season Saturday turned into a sunny Autumn day and it was a fitting back drop to the first underage game of competitive rugby since last March. Both Mullingar and their opponents from Roscrea and Birr seemed intent on making up for six months without rugby as the game started at a frenetic pace. There was plenty of mistakes by both sides but Mullingar were the more cohesive side and they struck for the first score, strong carries by the forwards and then Sam Caslin allowed Conor Gibney to canter over in the corner unchallenged. Cian Lee was unlucky with the conversion as it bounced back off the upright.

The Ravens responded to the score and applied a period of pressure but they were not able to find a score as the Mullingar defence held firm. The Mullingar set piece, particularly the scrum, was working well and allowed Mullingar to regain control of possession and they forced a penalty which Peter Reynolds took quickly and from the following ruck Sean Cronin crossed the try line. Cian Lee added the conversion from a tough angle.

A fine back line move created some space for Denians Izekor who used his pace and strength to carry deep into Ravens territory, a quick recycle later and Dylan Daly crossed for the third try under the posts. Cian Lee added the points to make the score 17-0.

From the kick off Ravens pinned Mullingar back in their 22 before a scrum was awarded to Mullingar. From the scrum Mullingar move to ball to Conor Gibney who breached the defensive line and several passes later the ball found its way to Cian Lee who had a lot of work to do but he scored a fine try from his own half to make the half time score 24-0.

Following the break Mullingar eased of the pedal but they still added two more scores, the first by Peter Reynolds who picked off the back of a scrum and crossed from close range. The second score was dotted down by Denians Izekor who showed impressive pace on the wing to outpace the Ravens defence.

Overall it was an impressive performance from a group of players who were playing together for the first time and if they can continue to improve they can look forward to the rest of their Midland League campaign.