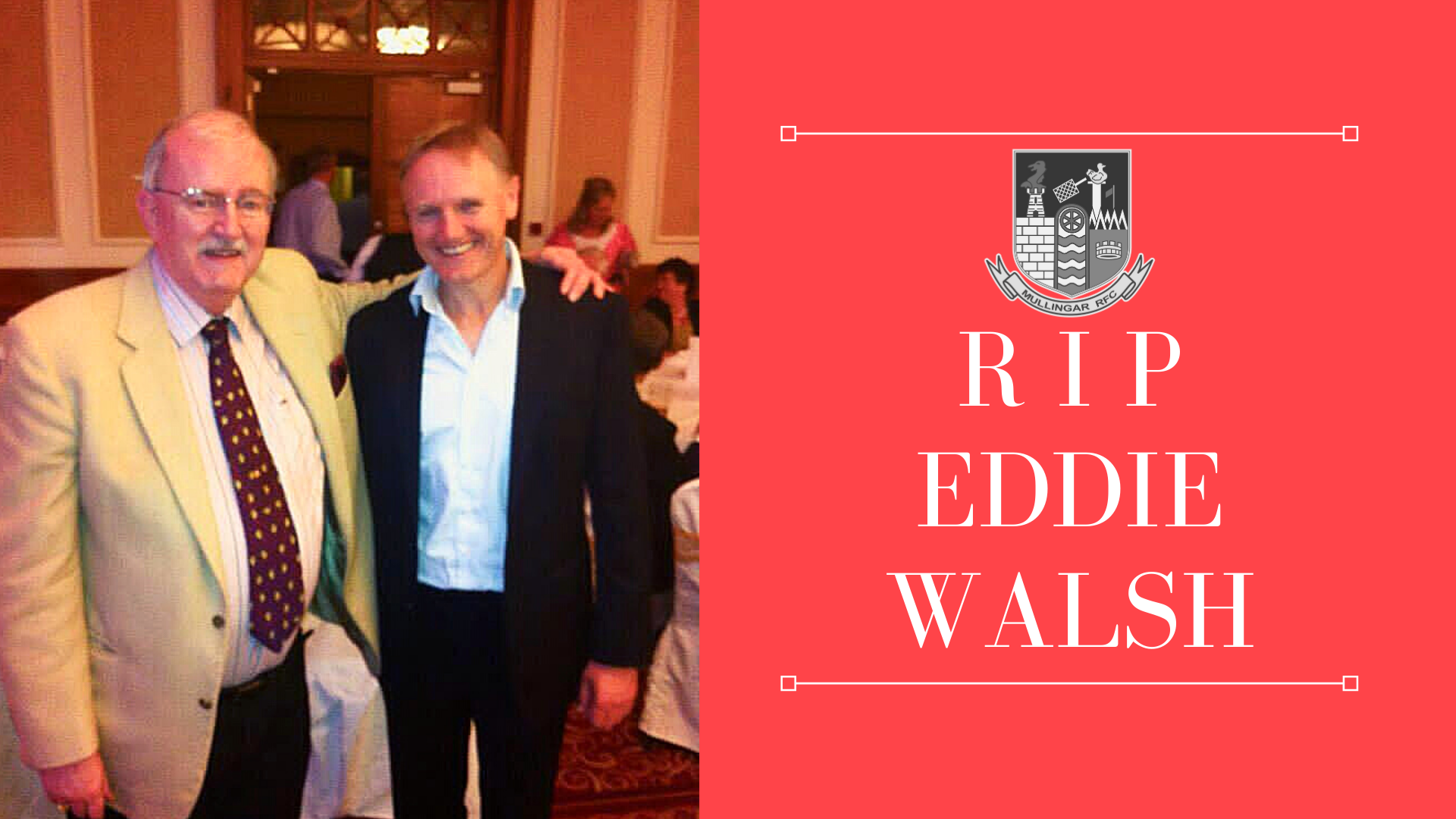 It was with great sadness that Mullingar Rugby Club learnt of the passing of Eddie Walsh, who died peacefully at home, surrounded by his loving family on March, 28.

Eddie was a generous sponsor, life member and loyal supporter of the club. He served on a number of committees, attended matches both home and away and was very proactive in ensuring that the club’s finances maintained a robust condition.

Many great days and nights were spent in his public house around all thing’s rugby, with Eddie ordinarily at the centre of them. The Old Stand was a hub for club members and rugby enthusiasts. It was for many, the place to be when watching international and provincial rugby matches or when returning from away club games.

Our thoughts and deepest sympathies are with his loving wife Angela and children Ronan, Fergus, Michael and Miriam. He will be deeply missed by his wife, sons and daughter, his sisters Rosemary and Deirdre, brothers Dermot, Roger, Michael and Peter, brothers-in law, sisters in law, nieces, nephews, Ronan’s partner Norah, extended family, work colleague of nearly fifty years Joan and his large circle of friends.

May he rest in peace

A private family Funeral Mass will take place on Wednesday March 31st, at 10am which can be viewed on live webcam at www.mullingarparish.ie followed by private burial. Family flowers only please. Donations, if desired, to Diabetes Ireland and/or the Irish Cancer Society.