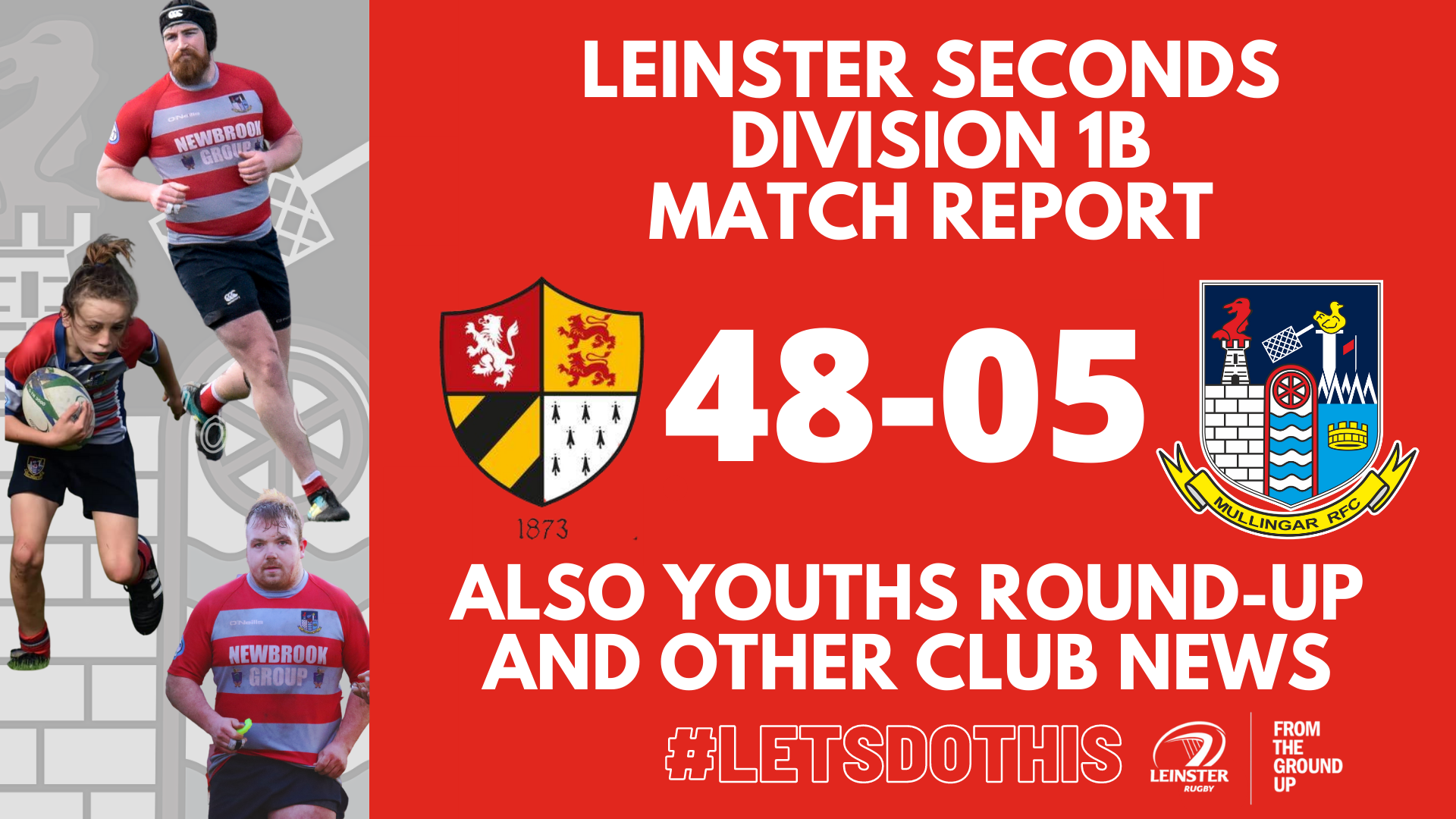 The last time Mullingar 2nds team were scheduled to play in Carlow (in Div 2A season of 2018), we conceded the game as we could not field a seconds team on that occasion. Also that season, our first team went to New Ross for a vital relegation game before Christmas with just 16 players. The following season Mullingar withdrew totally from the 2nds League after conceding 3 games. To find ourselves competing in a higher division this season and being in 2nd place is a vast improvement. Today our 2nds team were not on form, missing and falling off tackles, taking wrong choices, getting awarded a penalty on our 22, only for one of our players to backchat to the ref and have the penalty reversed. Not kicking when we had a strong wind behind us in the first half. Basically whatever could go wrong, went wrong. A game to take notes for and then !! Well forget about the notes was probably the best course of action and lets look on the bright side. We are still in second place behind Carlow in the league, at this point of the season we have 25 points, 2 less points than we had at the end of our season (27) prior to the pandemic. In this season when 4 teams in the division above us and 3 teams in our division are currently finding it difficult to field a seconds team, we currently have over 50 registered players this season and in today`s away game had 6 substitutes available, despite a number out injured and some unavailable due to impending exams etc. Yes we have improvements to do and a lot of tackling practice ahead, but we have the players and coaches to get it done. Our younger players will get more experience and learn from that. Carlow who are the only team to beat us before today, were that bit more mature and experienced. So it will be back after a Christmas break for the away fixture to Wicklow who are in 3 place behind Mullingar, in the 2nds league.

Best wishes to our Club Captain, Daz Brady who will be missing for a while as he recovers from an injury.

Our Condolences to Diane Ashmore, Amy, William, Emily and Ross on the death of Roy, who we remember fondly on the side lines with Diane as they supported William and Ross in their many games.