EVERYTHING POINTING IN THE RIGHT DIRECTION DESPITE SETBACK 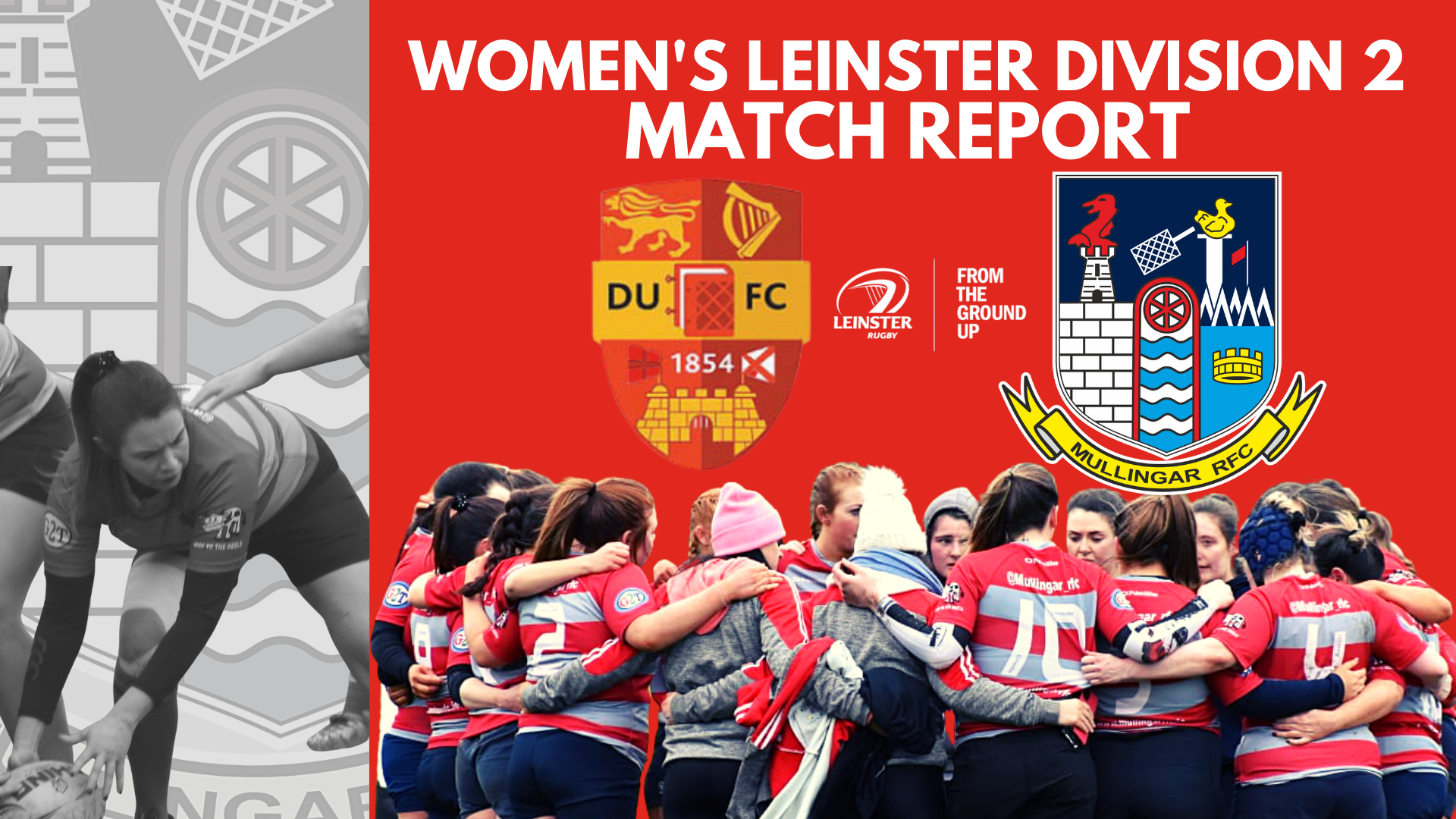 A tough start for Mullingar having only 14 fit to commence the match. DUFC chose to play 5 versus our 14 and they knew they had a battle on their hands. In true heifer spirit they fought through two early Trinity Tries.

The brute force and tenacity of the Mullingar front row Ciara Moughty, Anna Scanlon and Tracey Finerty bravely pushed back the unrelenting Trinity attack. As they moved up the pitch what looked like an unmovable wall wavered and Ciara Foxe broke free scoring a try for Mullingar. She then converted to bring Mullingar back in the game. But Trinity with a 27 girl panel had no worries with fresh legs at the ready.

The Mullingar power house that is Eadaoin Liddy dove deep and pushed her team on, leading from the front and punishing every Trinity player in arms reach. Big hits were taken by the Mullingar 2nd rows Judy Dowling and Louise Hargadon but these are ladies who know how to take a hit and return the favour.

The flankers Sinead Gallagher and Tasha Feery were quick off the scrum to tort the Trinity quick ball. Trinity kept the pressure on to drive through more tries. Safe hands of the Mullingar scrum half Niamh Gough helped Mullingar keep their heads up. The unflappable Foxe continued her warlike attitude to once again capitalise on her forwards push to find space and score. The boot found its target and Mullingar battled on. Feery suffered a head clash and was unable to continue. Mullingar now down to 13 had a monstrous task.

Young Gemma Faulkner using quick feet and great hands added to the Mullingar resolve her ball control and willingness to take on women twice her size is quite a feet to behold.. The trio of Clodagh O’Brien Emma Flood and Michelle Morris held back the Trinity breaks but Trinity had the upper hand and chose to deal its hits savagely. The Heifers found yet more grit and once again made their way to the Trinity line bulling through, and Judy Dowling scored her first Mullingar try. Foxe yet again found the conversion sweet spot. Sadly, luck was not on Mullingar’s side and the powerful ball carrying skills of Flood came to a painful end, a damaged ankle seen her reluctantly leave the field.

Down to 12 Mullingar had to concede a painful blow both mentally and physically. But these women won’t stay down wounds will heal and the resolve will come back as vigorous as before. We may have lost the battle but the heifers live to fight another day. The future heifers yet to put their mark on the league will join the team and no doubt further bolster the teams strength and numbers Cunningham, Kilmartin, Forde, Cooney and Ripley are names to watch out for Mullingar women's senior team boast a crew of lion hearts. One of our own Clodagh O'Brien currently holds the admiration of everyone as she selflessly endeavours to collect enough donations for herself and fellow student nurse to volunteer in the Zambia community development programme.