SENIOR WOMEN LOSE OUT TO BLACKROCK YET SPIRITS REMAIN HIGH 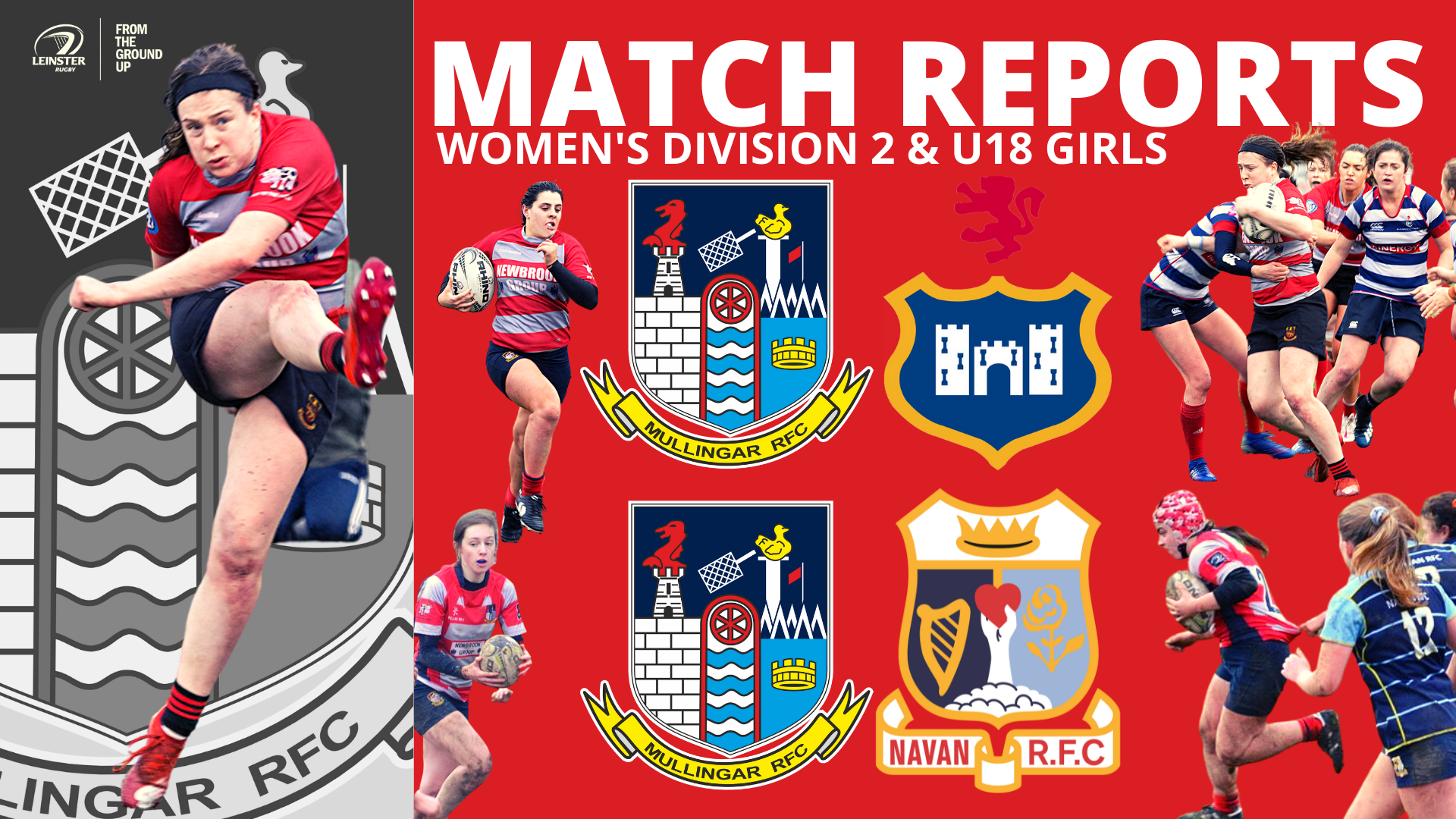 While temperatures were cool in Mullingar this Sunday afternoon all other conditions were perfect for rugby, the ground was dry and there was only a slight breeze. The severely delayed kick off however seen a dramatic change in temperature. And the game commenced with an ominous sky. Having suffered a loss to Trinity there was fire in the belly and hopes of some good luck. However Blackrock with even 13 were not to be underestimated.The numbers have strengthened with the addition of under18s progressing up and the GIAT Tuesday sessions. Seeing to a debut of Kilkenny native Orla Gleere a greenhorn to rugby, and the welcome return of Chloe Flood

Mullingar captained by Clodagh O’Brien hoped all their hard work would finally have a pay out. Blackrock although with diminished numbers had some highly sought experience in their ranks and early on tested the Mullingar defence with two tries in quick succession. Pressure from the backs forced some forward balls and Mullingar worked to get some control on the game. From a hold up by Gemma Faulkner to hard hitting tackles from Suzie Burzawa and Sinead Gallagher Mullingars fire was not to be quenched. Blackrock showed great organisation and prodded the Heifers defence relentlessly. Jackal upon jackal seen Mullingar lose some important control, even the level headed Foxe found opening gaps few and far between. Mullingar returned to favour which seen Emma Flood Jackle a lovely turn of ball to see Mullingar turn the tide and start moving back up the pitch. The first half ended with Blackrock happily holding a 29-0 position.The Heifers have a history of coming alive in the second half and this game was to be no different. Continuous pressure from Blackrock seen Faulkners ability to pull of try saving tackles again and again. The tenacious grit of Finnerty and Wynne created some moments of excitement. Pressure from the Mullingar forwards caused a mistake from the steady hands of Blackrock and seen our most recent Heifer addition Orla Cleere score her first try in her first ever rugby game. Definitely a huge addition to the team and a player to be watched.However Mullingar's luck was short lived and Blackrock punished us again and again from very organised plays and impeccable support play. This was a team that knew each other well and easily anticipated each others moves. Mullingar even with time slipping away never gave up and battled on. The unfortunate loss of Wynne and Dowling seen Saoirse Cunningham and Chloe Flood enter the Mullingar battle.Unfortunately the herd weren’t able to capitalise on the number advantage and Blackrock finished the game with a try.

Although a tough day for the heifers the rebuild is seeing an increase in numbers and the retention of valuable players, this can only promise a brighter future. We may be down but we are never out.

Mullingar’s U18 girls had an emphatic win over traditional rivals Navan on Saturday. For many seasons Mullingar have played second fiddle to the Navan girls, but this time the roles were reversed against a very good team that for years has consistently been among those at the top of the league.

From the kick-off the Mullingar girls tore into Navan with a combination of driving forward play and switching back moves, which formed the basis of Mullingar’s attack all day, the first try was scored within the opening 5 mins by captain Sophie Treanor with a supported pick and carry. This sparked a fiercely contested first half of outstanding rugby, which despite Mullingar hammering the Navan line in the closing 10mins saw Navan leading 7 – 5 at the break. Navan’s only score of the game resulted from great break-out play and the defensive line eventually breaking close to the posts.

At the break, the half-time discussion seemed to galvanise the Mullingar side and with the slight downhill now behind them they settled into turning defence into attack, and applying constant pressure that seemed relentless for the remainder of the game.

Time after time Navan’s attacks were shut down, the ball turned over, and the momentum reversed through a combination of hard running and switch-play from 10 (Molly Swanson), 12 (Aine Hayden) and 13 (Alanna O’Connor-Norris). Solid driving play from forwards, operatingi n pods, after such a turnover lead to No 8 Georgia Young picking and scoring Mullingar’s 2nd try 10 mins in.

A third try came shortly after, resulting from the direction-changing backline switches between Swanson, Hayden and O’Connor-Norris that broke the gain-line for Mullingar on almost every occasion. With Navan having to (wisely) close-mark Aine Hayden, half gaps were opening up for centre partner Alanna O’Connor-Norris to charge into, leading to Mullingar’s 3rd score with 20 minutes still to play. Navan mounted a number of attacks throughout the 2nd half and always looked dangerous, but the Mullingar cover defence scrambled well and even Navan’s speedy outside backs were repeatedly swallowed up. On the back of yet another turn-over, Mullingar drove two pods to the half-way line before the backline moved the ball through the hands to winger Jodie Ahern, who impressively sprinted past the remaining defenders to finish with a score 15m in from touch.

With the game now slipping away from Navan, pressure was turned up yet another notch and Sophie Treanor scored her 2nd, only for the ref to find himself on the opposite side of the ruck and not see what the entire sideline could and rule the attempt held up.

The clock was starting to wind down, and with Navan throwing the kitchen sink at Mullingar flyhalf Molly Swanson took advantage of Navan’s passing under pressure, and pulled off what’s become a trademark intercept outsprinting the cover from 30 metres out to finish the match with a try, and bringing the final score to 27-7 in Mullingar’s favour.

Other notable performances worth mentioning came from Kelly Burke, Isobel Clerk and Eve Byrne, but in reality the entire team could be singled out.

This was truly an impressive spectacle from two sides that have been rivals since they played each other at U10’s, with practically all scores coming from genuine team-play and long periods where the calibre of rugby was of a level expected of far more senior teams. If this is the standard at U18 it bodes well for the future of women’s rugby.