OUR SENIOR WOMEN SHOW GRIT AND DETERMINATION IN BOWHILL BATTLE 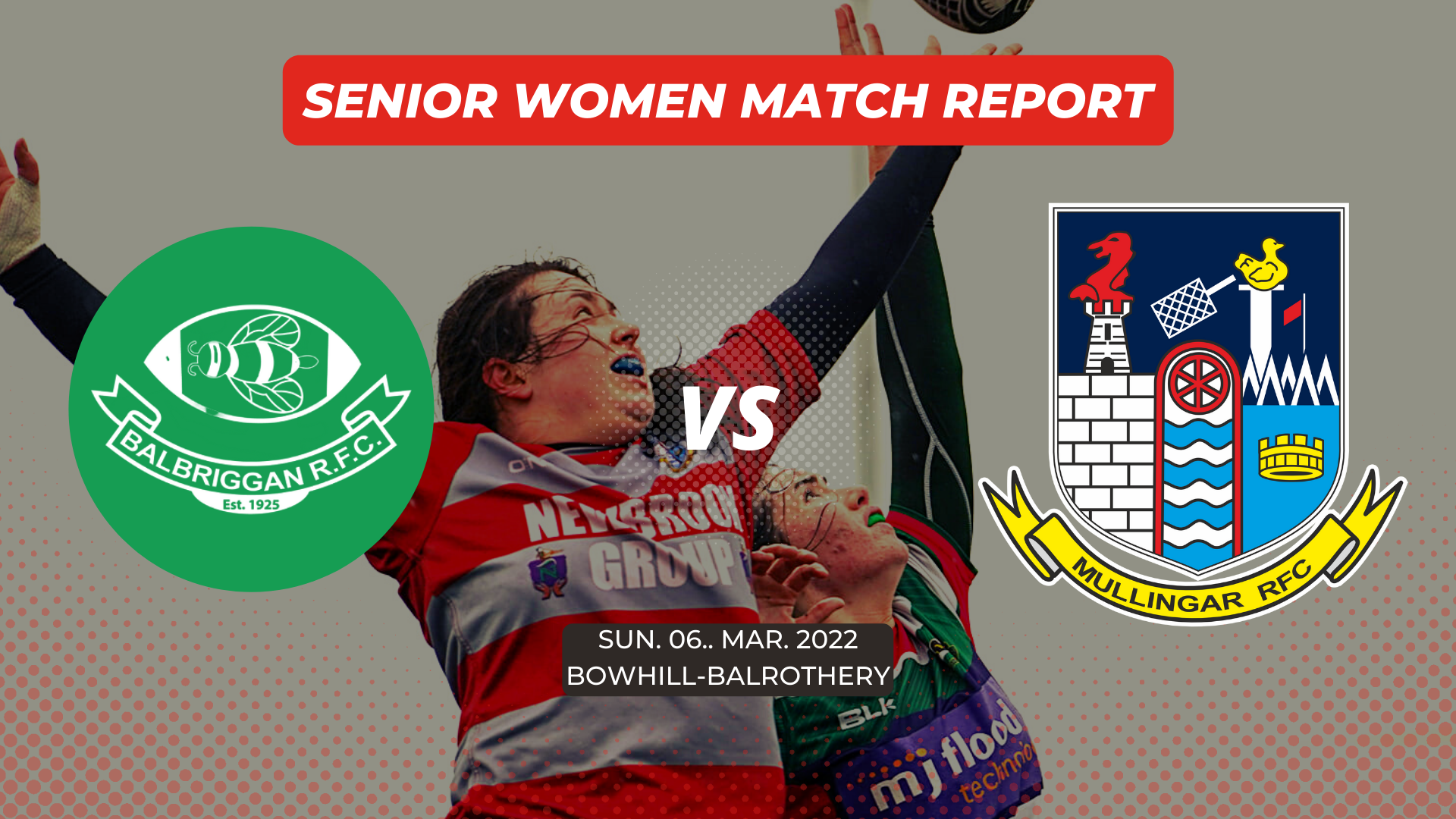 A beautiful fresh start to a Sunday seen the senior ladies travelled to Balbriggan with a 13-woman team. Spirits as always were high the ladies feeling this may be a chance to really show what they are capable of. The game seen the introduction of Sophie Treanor to senior level, expectations were high, and we were not disappointed. Robyn O’ Brien another recent addition to the team took the weighty task of scrum half, with youth on her side unquestionable dedication and impressive focus she took on the responsibility with not an inkling of self-doubt. The game also seen Katie Cooney don a Mullingar jersey for the first time, the day looked promising.

Balbriggan were a welcoming side and the game kicked off at 1pm. Straight away Balbriggan showed their kindness did not extend too far and let us know they were there for a fight on home ground. The Heifers as always were not to be discouraged and even after a quick succession of tries the heads stayed up and they dug in. As always, our power house Foxe delivered her form of pay back organising her troops and pushing her own tries through. When Balbriggan failed to convert Foxe showed her boot and Mullingar was within points of their lead. Some lapses seen Mullingar hand easy frees to Balbriggan which kept the gap throughout the first half. A very impressive kick catch and try from Foxe even seen the home supporters clapping their approval. Big hits from the pack with Liddy smashing breaks one after the other.

Due to some changes of position the pack seemed a little unstable but quickly righted their position and held their own. Gemma Faulkner as always showed her speed and impressive try saving tackles to prevent Balbriggan running away with the game. She even added her name to the score board with a break through mid-field and a sprint to the try line. Foxe converted and we were still in the game.

Typically, Mullingar are a second half team and they played true to form and came back with a vengeance. Balbriggans hands were solid and a few lucky breaks seen them keep their lead. Wynne with her graceful tackle and individual running style tried to switch up the attack and was unlucky not to find a chink in Balriggans armour. A break by Faulkner almost set Treanor free, Treanor who looked itching to show her talents was sadly thwarted by a double tackle, she took the hit like a champ, shook it off and get stuck in again. Some well-timed tackles of her own prevented some opposition drives near the try line. It looks promising to see such young players go up against older players, and it warms the clubs hearts to see our young women add to the senior ranks and remain within the heifer herd.

The result however didn’t reflect the game. A real battle of two very focused sides presented a clean enjoyable game to watch. Mullingar haven’t on paper yet reflected the internal build and reshuffle but it's only a matter of time till all the efforts pay dividends