DOMINANT SECOND HALF SEES MULLINGAR INTO ROUND 2 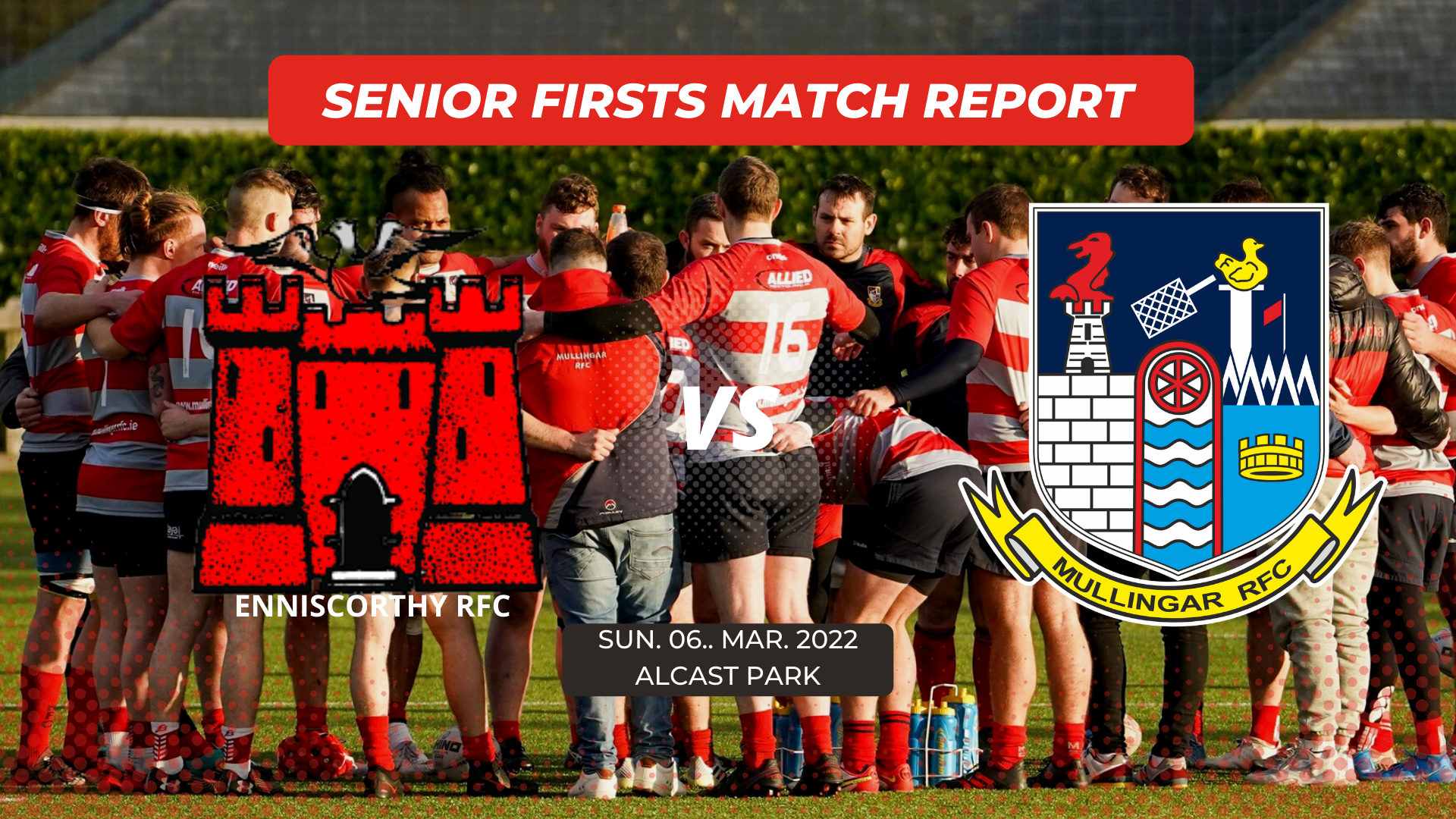 Mullingar had a long trip down to Enniscorthy for the opening round of this year’s Towns Cup. Our last cup game had been a home win against Boyne who were a division above us in March 2020 and as the country then went into a lockdown 2 weeks later it was a short lived cup run. The task of a trip to Wexford to a Club whose 1st team are top of AIL division 2C and favourites to win promotion. Their Towns Cup team are top of Metro 3 league and their 3rds team had a good win in their cup on Saturday last. It was not going to be an easy task, as Mullingar have a number of players out injured at the moment. The day was almost perfect for rugby as the conditions were dry; a wind that was blowing across the pitch was a bit deceiving as one side of the pitch was slightly lower and sheltered from the breeze. Enniscorthy kicked off and the ball was knocked on by Mullingar giving the home side a scrum on the Mullingar 22. Enniscorthy attacked from the scrum but were met by a very determined and hard hitting Mullingar side and that pattern was to continue throughout the game as Mullingar were not in a mood to let anything come easy to the home side. Mullingar spent the first 12 minutes resolutely defending in their own half and eventually some hard tackling resulted in a turnover by Mullingar. The ball was quickly moved to the left wing and Eoghan Moore got in for the first try of the day, ably converted by Stuart Flynn. At 7 pts up after defending for the opening period gave Mullingar heart and they were to need it as Enniscorthy continued to pressurise Mullingar and barely 2 minutes after the Mullingar score, they reduced the lead with a penalty. Five minutes later the home side were to take the lead with a try of their own, which went unconverted to put them 8-7 up, a lead they were to keep for the rest of the half. Despite having the lion`s share of territory and possession in the first half the home side had the slenderest of leads. Mullingar turned the tables in the second half with a really good display of hard tackling and scrum domination, which resulted in a number of penalties. Mullingar took the lead in the 3rd minute with a penalty from Stuart Flynn to go 10-8 up. In th3 50th minute following a number of rucks near the Enniscorthy line Tom Campbell touched down for Mullingar`s second try again converted by Stuart. At 17-8 Mullingar were looking a bit more at ease and the bigger Enniscorthy side really had to work extremely hard for any ground such was the tackling of the away side. Enniscorthy put a lot of pressure on Mullingar and eventually in the 60th minute that pressure resulted in a yellow card for Mullingar. The home side managed to take advantage of this and 2 minutes later they scored a converted try to reduce Mullingar`s lead to 2 points. 15-17.Despite having a man in the bin Mullingar managed to get a try  in the 65th minute after more great work by the forwards. This time it was Darach Geraghty who touched down, with Stuart doing his usual conversion. A penalty by Stuart in the 73rd minute put Mullingar 27-15 up with the home side now needing 2 converted tries to get a win. The way Mullingar were tackling all day did not give them any way for this to happen. As Enniscorthy now through everything at Mullingar in the hope of getting a win the game became a bit scrappy and we had a bit of dust up. With Enniscorthy now desperately trying to get a score another big tackle from Mullingar resulted in a turnover and Anto McGivney getting in for Mullingar`s 4th try. Stuart converted for a 34-15 win, a 100% kicking record of 4 conversions and 2 penalties. The determination of Mullingar was evident by all of the players and substitutes in a fine win. The second round draw was made on Sunday evening and resulted in Mullingar being drawn away to Tullamore (Beat Arklow away 24-5) next Sunday with a KO at 3.00

U 18 Boys; Conceded by Carlow

U13 Boys Blue Mullingar 12 vs Kilkenny 0

U15 Boys Mullingar 33 vs Midland Warriors 5