OUR UNDER 13 BOYS ADVANCE TO CUP SEMI FINAL 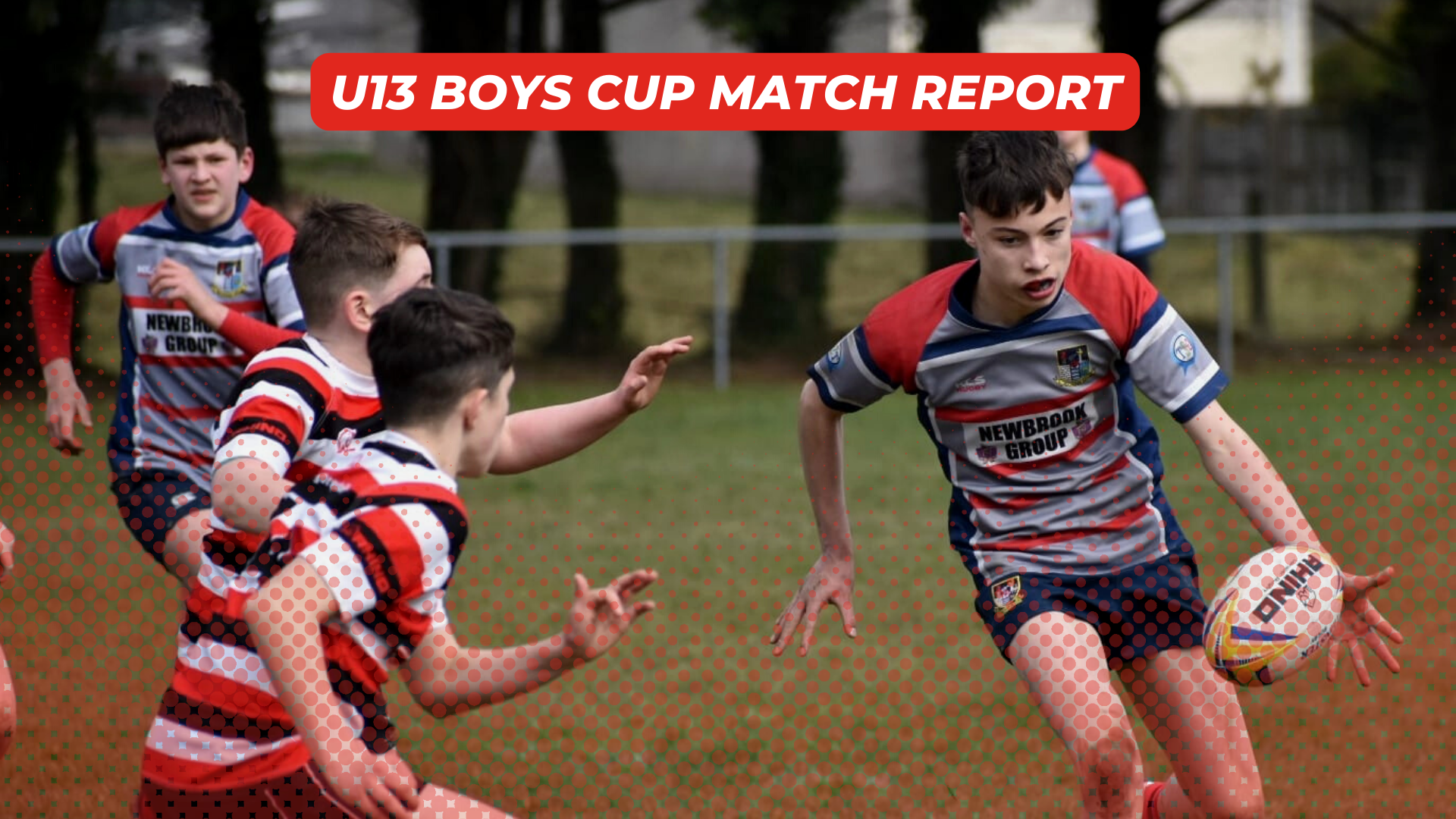 Shay Murtagh Park was the venue last Sunday for this U13s Boys Cup quarter final match between these two Leinster U13 premier league semi-finalists, Enniscorthy RFC and Mullingar RFC. Conditions were perfect for rugby when Leinster Branch Referee Thomas Lyons got the game underway. The opening 10 minutes were a tightly contested affair a strong and very capable Enniscorthy side in possession of the ball but with Mullingar pinning them back into their own half with some very solid defensive pressure. Eventually the ball was turned over in the Enniscorthy 22 and the Mullingar pack sensed an opportunity to score. Strong carries from William Chester, Evan Heeney and Calumn McHugh took play right up the Enniscorthy line and Finn Brennan was on hand to dive over from close range for the opening score, which he then also converted to give Mullingar a 7-0 lead at the end of the first quarter. From the kick off Mullingar kicked the ball back down deep into the Enniscorthy territory. Again some really strong pressure in defence forced the turn over and again the Mullingar pack with a succession of rapid pick and go’s got to within inches of the try line. This time however the ball was moved out wide by Aidan Doyle for Conor Williams to crash over for Mullingar’s second try. Finn Brennan added the extras for a 14-0 half time lead to Mullingar. Mullingar started the second half as they had finished the first half, applying strong defensive pressure and pinning Ennsicorthy to playing rugby in their own half. Eventually the ball was knocked on by Enniscorthy after great tackling by Fionn Carey and Jack Conlon. From the resulting scrum Zack O’Brien switched the play to Finn Brennan running at pace down the blindside. With options inside and outside him the defence hesitated and Mullingar were now 21-0. Enniscorthy to their credit didn’t give up and a fine piece of individual play from their strong running fullback resulted in a try out wide, 21-5. Enniscorthy continued to pound Mullingar with some strong runners, their tighthead prop in particular causing havoc. But the Mullingar defence managed to keep their line intact for the rest of the game, which is of great credit to the bench who came on throughout the second half and the team only got stronger. 21-5 was how it finished with Mullingar progressing to face a strong Port Laois under 13 side in the Cup semi-final. The coaches were really happy and proud of the effort and work rate of not only all the players on the day but also all of the squad members who helped prepare the team and support them throughout the match. They would also like to thank the Enniscorthy players and coaches who were a credit to their club on the day and we wish them all the best in their League Semi Final.