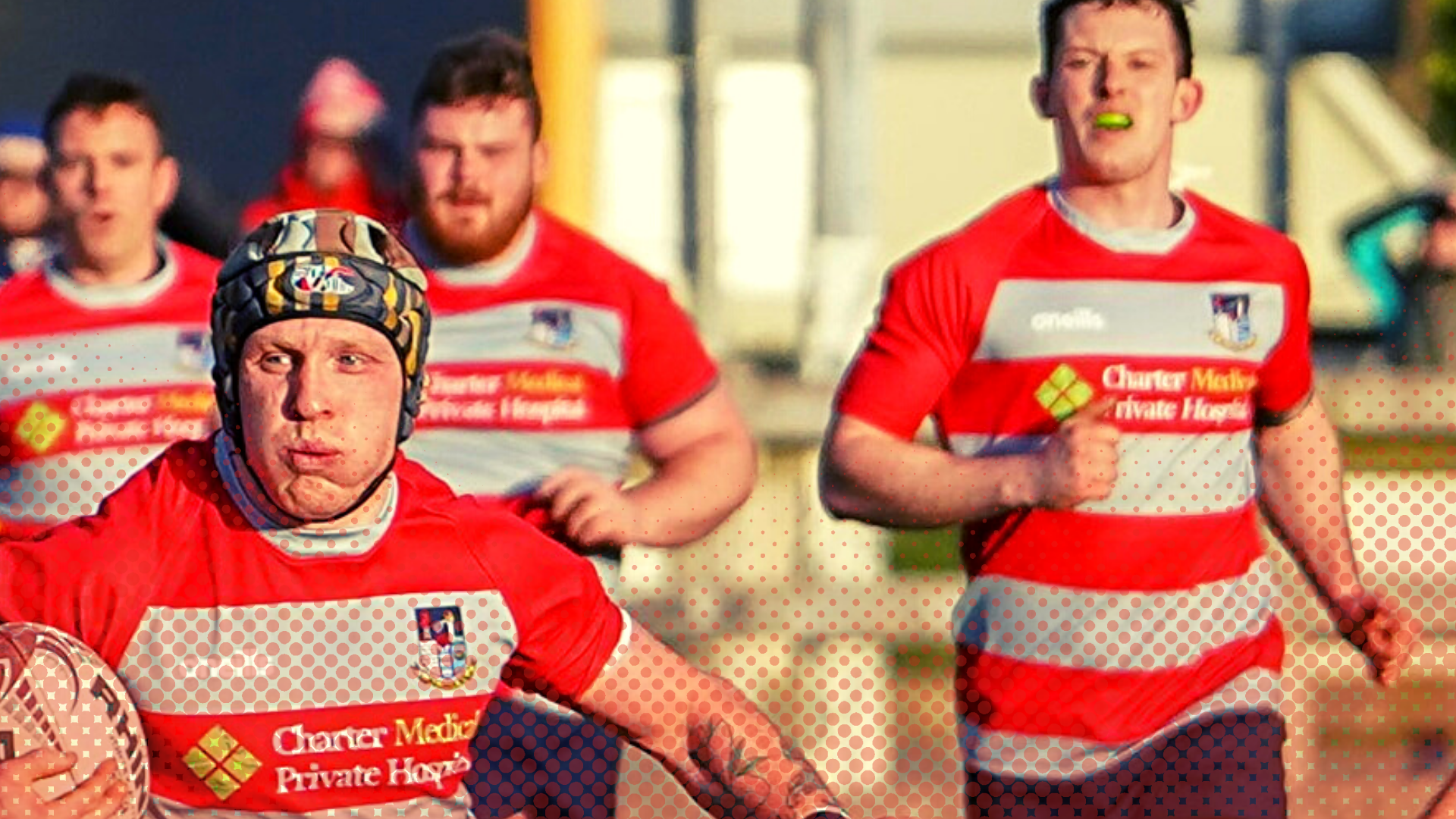 Mullingar recorded their 4th win playing for the 4th Sunday in a row. The margin of 9 points did not really reflect Mullingar`s superiority on the day as we left a few points behind and perhaps the bodies were a little tired after the League playoff last week, which would have talked a lot more out of the lads and there was more at stake in that game. On a dry day where there was practically no wind, it looked perfect for running rugby. Mullingar started well against Clondalkin and were 3-0 up after 7 minutes when Stuart Flynn slotted a penalty from 40metres. In the 20th minute the lead was doubled with another penalty effort again by Stuart. At this stage Mullingar had spent most of the game in their own half defending comfortable with whatever Clondalkin did and in the 21st minute a try by Alan Brabazon, ably converted by Stuart put Mullingar 13-0 up and were looking comfortable. Maybe it got a bit too comfortable for the home side and we let Clondalkin in for a try, which was converted to bring the score back to 13-7. However Mullingar upped their game at this stage of the game and just before half time Conall Fagan got in for another try. The conversion was from the side line, but was kicked by Stuart to put the home side 20-7 up which remained until the half time break.

Mullingar had more of the ball in the second half, but a few knock on's, aided by some possession kicked to the opposition allowed Clondalkin get a bit more confidence and when they got in for their second try in the 47th minute, which was converted to put them just 6 points in arrears at 20-14. You could see that their confidence grew and they now sensed an upset was on the cards, as Mullingar missed an easy penalty kick just shortly after the try. However there is a doggedness in this Mullingar team and they wont give up anything easily. Mullingar kept trying to open up the Clondalkin defence but were repelled by somegood tackling and a few of our own errors in mishandling the ball. Mullingar were to stretch out the lead to 9 points in the 69th minute with a penalty in front of the posts and Clondalkin now needed a concerted try plus a penalty to get a win. Niall Hannon came on in the last quarter of the game after a number of weeks out injured and It was Mullingar who finished the game stronger.

We march on to the semi final next Sunday with a KO @3.00 against Division 1A side Ashbourne, the venue yet to be decided. No doubt there were some tired bodies after the game, but with division 1B status confirmed for next year, a run to the Towns Cup semi final is a bonus and we have nothing to lose by giving it our all. Its been a good season and with the 2nds team winning away in Wexford last Saturday against Wexford Wanderers they now face another Wexford team next Saturday. They will beat home to Enniscorthy with a KO at 3.00 in the Quarter final of the 2nds Towns Cup.

The Women's game last Friday night was cancelled due to Covid in the Clondalkin camp and the points were shared. Mullingar finished strongly in the last few league games and end up 6th in the league. The women face Clondalkin again next Sunday, this time in the Paul Flood Cup after getting a walkover from Clontarf in the first round. So 3 big games next weekend for our senior men and women. So come out and show some support to all the players.

Congratulations to Isobel Clerk of Mullingar RFC who has been selected in the Ireland U18 Girls Panel. This squad will compete against Wales, England and Scotland over Easter in Scotland.

Congratulations also to 3 Mullingar girls who have been selected in the Leinster U18 Girls 7s squad. The players are: Georgia Young, Sophie Traenor and Jodie Ahern. Best of luck to all Isobel, Georgia, Sophie and Jodie.