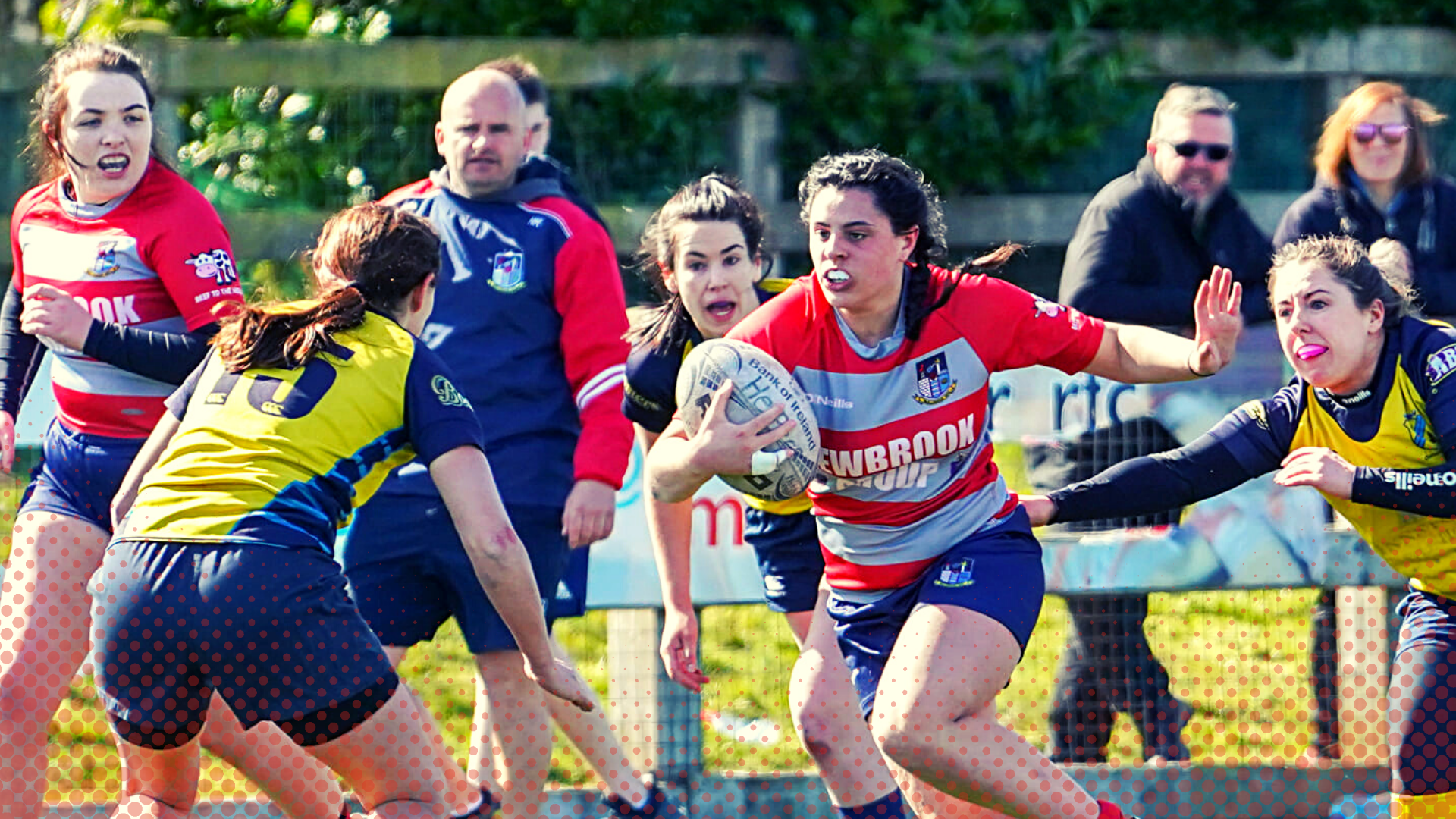 Mullingar's Senior Women's team advanced to the Paul Flood Cup Semi Final with an emphatic display against Clondalkin Rugby Club, the best performance of the season led to a resounding 28-0 win.

Mullingar controlled the match for vast periods, and never looked like they were under pressure. Despite the best efforts of Clondalkin the might of Ciara Foxe commanding her backs and Eadaoin Liddy leading by example with her pack proved today, was a heifer day.

Play in the first half was contained for the most part in Clodalkin territory. Right from the off, Mullingar secured possession, within 10 minutes Foxe put her undeniable stamp on the game with a try and conversion. As with the recent Clontarf game the injection of young blood in the form of Gemma Faulkner, Kara Mulcahy and Evie Daly was invaluable in bolstering the grit and determination of the senior team. Daly took control at scrum half and didn’t fail to impress with her level head and clean ball.

Mulcahy shows immense strength and great game knowledge. With only her second time in a senior jersey she has impressed all around her and excites the team with her positive determination. Faulkner has shown consistently her ball carrying skills and ability to meet any challenge.

Throughout the first half Mullingar proved strength in numbers isn’t always the game changer with only 15 they looked to be the under dogs, on paper luck looked to be on Clondalkin's side.

Some notable players today were Clodagh O’Brian, Judy Dowling and Ciara Wynne. Who consistently with the support of Scanlon, Hargardon and Burzawa proved the heifer build has sown some strong resilient roots. Finnerty and Feery throughout the game showed their experience and lead by example. Cleere our rugby convert drove the pack forward with great carries.

The first half closed out with a 7-0 lead to Mullingar.

A minute into the second half Foxey decided waiting around was not on the cards and with a kick of the ball she scored another try and neatly converted to give Mullingar even more incentive to keep the drive on.

20 minutes later young Emily O’Brien scored her first Mullingar try. Foxe converted. As the game progressed some chances were missed but COB delivered a try saving tackle to secure her place as an invaluable player in the heifer fold.  Faulkner not to be left out was itching to get her name on the score sheet and as always she didn’t disappoint, a try in the final minutes and a Foxe conversion gave Mullingar the 28-0 end score.

Semi final of the Flood Cup is next Sunday against Tullow, venue yet to be confirmed.