MULLINGAR BOW OUT OF TOWNS CUP WITH PRIDE VERY MUCH INTACT 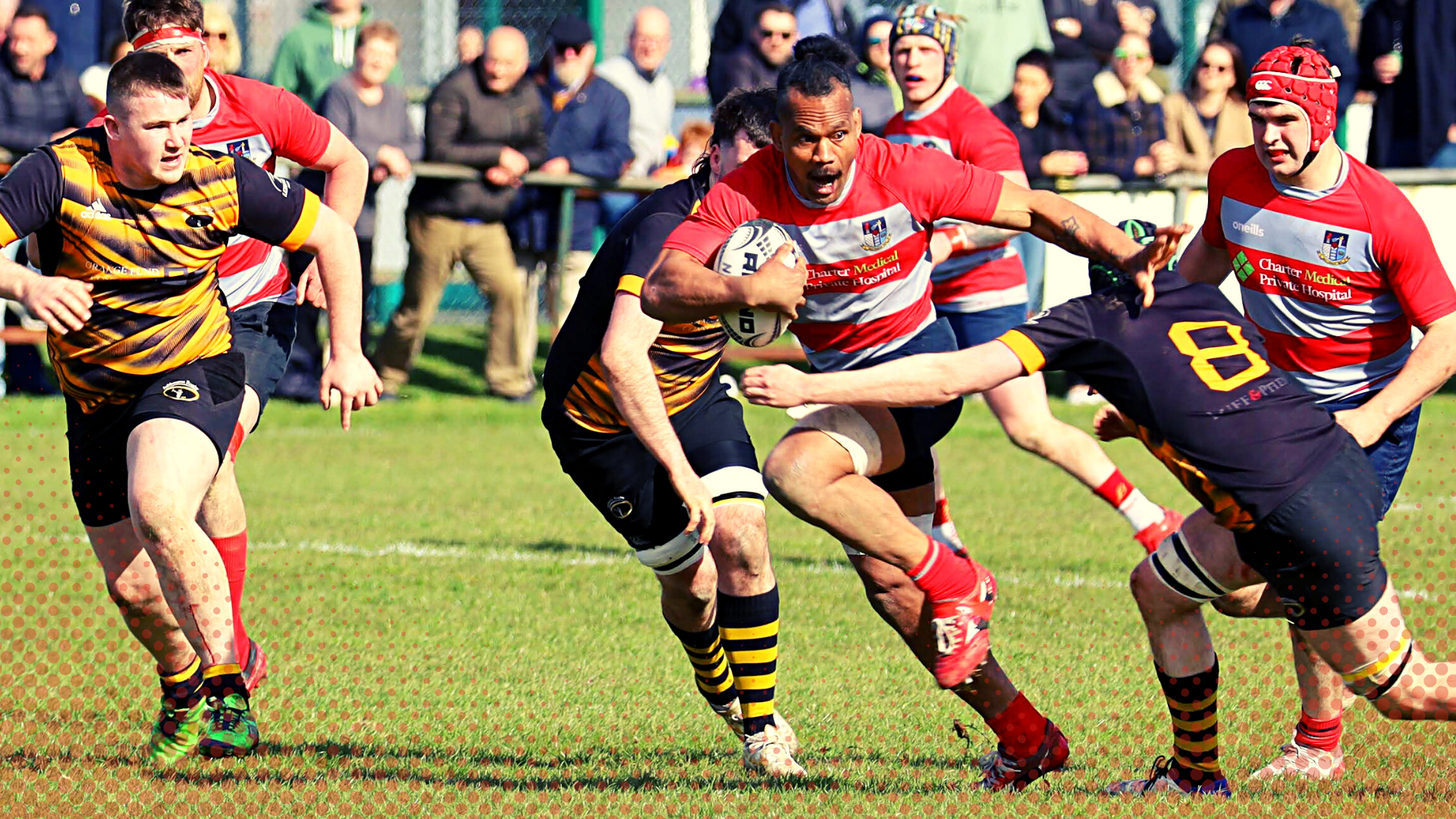 Mullingar lost out to the Cup favourites in a great match in North Kildare's grounds on Sunday. They may have lost but any neutrals at the game would not have been able to say which side was the Division 1A and which was the Division 1B side, such was the performance of the Mullingar boys. On an almost perfect day for rugby, dry conditions with little wind to spoil any kicks, Ashbourne kicked off to Mullingar and immediately Mullingar` s intent on moving the ball through the hands brought them into the Ashbourne half. Mullingar retained the ball quite well and after 3 minutes Ashbourne, had yet to touch the ball. With Daryl Quinn,Lemeki and Darrach Geraghty leading the charge and keeping good possession, Ashbourne were penalised for off side. Stuart Flynn kicked the points and Mullingar were off to a good start. Ashbourne kicked off again and almost a repeat of the first 3 minutes, when Mullingar again retained possession and in the 6th minute the referee again penalised Ashbourne for another infringement and again Stuart ably kicked the penalty to give Mullingar a 6-0 lead. The next 6 minutes was again dominated by Mullingar in retaining possession, moving the ball across the back line, and the forwards led by Paul Maxwell's example keeping possession. in the 12th minute another penalty for offside was awarded to Mullingar. Again Stuart was to kick the penalty to give Mullingar a 9-0 lead. The Ashbourne out-half now had his fourth drop off and at this stage none of the Ashbourne players had handled the ball. Ashbourne had a big advantage in the forwards size but with the ball being in play in the first 12 minutes, were not able to demonstrate that facet of the game. In the 15th minute a kick by Mullingar into the Ashbourne half, went directly into touch, misjudged by just a few inches. This brought the line out back just outside the Mullingar 22. Ashbourne now had the opportunity to put their bigger pack to work and they duly managed to via maul penalty to get into the Mullingar 22 from where they managed to again put their extra weight to good use and went over for a converted try to put the score now at 9-7 after 18 minutes. Mullingar again from the restart ran the ball at the Ashbourne line and again were awarded a penalty in the 23 minute to go 12-7 up. Ashbourne now seemed to concentrate all their play through their forwards in going for line outs and scrums at every opportunity. Mullingar had their work cut out defending in both line out and scrums where the bigger Ashbourne pack managed to get a few scrum penalties from where they kicked for line outs. Ashbourne reduced the deficit to 12-10 in the 30th minute with another penalty. There was no further score before the half-time break and the Mullingar supporters were indeed happy to see the break as just before it we had Lemeki sin binned for collapsing a maul, which Ashbourne again attempted to go for a maul from the resulting line out, which was repelled by Mullingar winning a penalty just before their line.

The Cup favourites knew they now had to work hard and again put all of their efforts into a forwards dominated game, knowing they had a big advantage in both scrum and line out. In the 48th minute Ashbourne were awarded a penalty which they duly kicked to go ahead for the first time at 12-13. At this stage in the game Ashbourne were lucky not to have a player red carded for a clear punch to the head of a Mullingar player. However it was Mullingar who were reduced to 14 for a second yellow card and in the 62nd minute Ashbourne were to increase their lead to 12-16 from a penalty. Mullingar were not giving up and brought the game back to a single point with Stuart kicking a 5th penalty to now leave the score at 15-16 with 15 minutes remaining. The pattern of the game remained the same with Mullingar attempting to move the ball along the line and with Ashbourne keeping the ball among their forwards. An unfortunate slip by Mullingar with 5 minutes remaining in the game allowed Ashbourne in for a converted try to give them a 15-23 lead,which they maintained to the end.

This was a game which all of our boys can be truly proud of their performance as every one of the 23 played their heart out against a supposedly better side. Mullingar proved that they are ready for another step up and have much to look forward to next season. We have maintained Division 1B status and know that a more consistent performance throughout the year would lead to a push for Division 1A. This year 2 of the young guns in Paddy Doran and Conal Fagan came through and were consistently high performers for the first team. One of our 18s Danny O Connor put in a very good performance in the 2nd round Cup game in Tullamore when TC was unavailable due to illness. No doubt there will be other player from the U 18s coming through next year. Sunday was TCs last game for the Club as player and coach we have seen much improvement during his tenure with us and we wish him well. Also I believe that we say goodbye to Lemeki, who will be hanging up his boots after Sunday. From his first game for Mullingar away to Portlaoise in the Leinster league to last Sundays game, Lemeki has given 100% in every game he has played and has lead by example throughout.

Congrats to our U18s who won the Leinster League Division 1 Final on Sunday beating a fancied Tullamore side 43-10 in the final. Well done also to our women's side who beat Clondalkin 28-0 on Sunday and are now into the Semi final of the Flood Cup next Sunday against Tullow, venue yet to be confirmed.