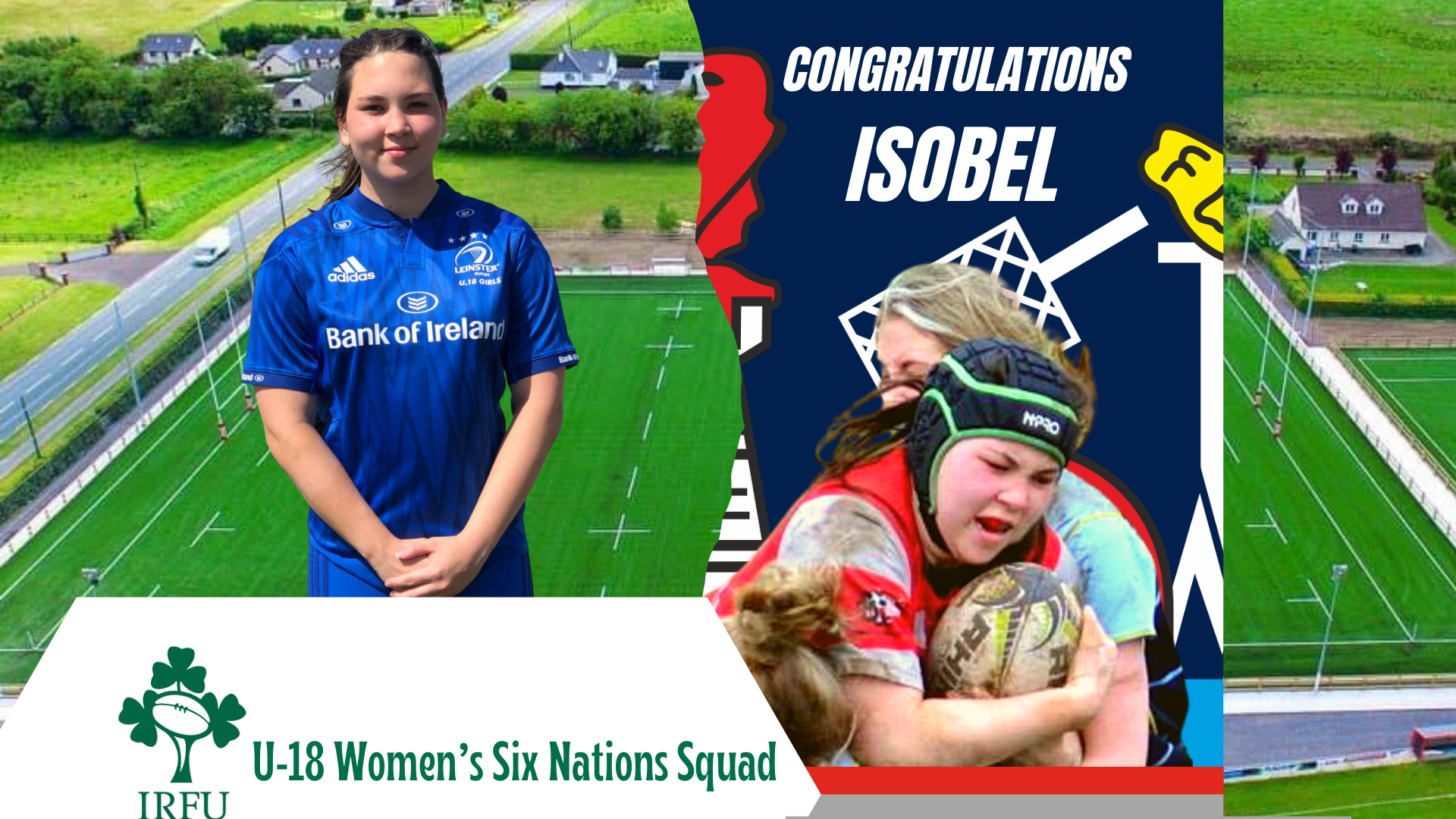 Mullingar's Isobel Clerk's selection to the Ireland U-18 Women’s Squad comes as no surprise to her teammates coaches and friends as over the past four seasons Isobel has worked very hard on her game skills and technique.
In doing so Isobel caught the eye of the Leinster selectors and joined the Leinster U-18 team. It was only a matter of time before Ireland called on Isobel who will now travel to Edinburgh over the Easter break to compete in the inaugural U-18 Women’s Six Nations festival which takes place at the Dam Health Stadium beside Murrayfield.
We wish Isobel the very best of luck and we will be keeping an eye on Six Nations Rugby who will stream each game from Day 2 (vs France and England) of the U-18 Women’s Festival on their YouTube channel and on the feed for Ireland’s game against Wales which will be available on irishrugby.