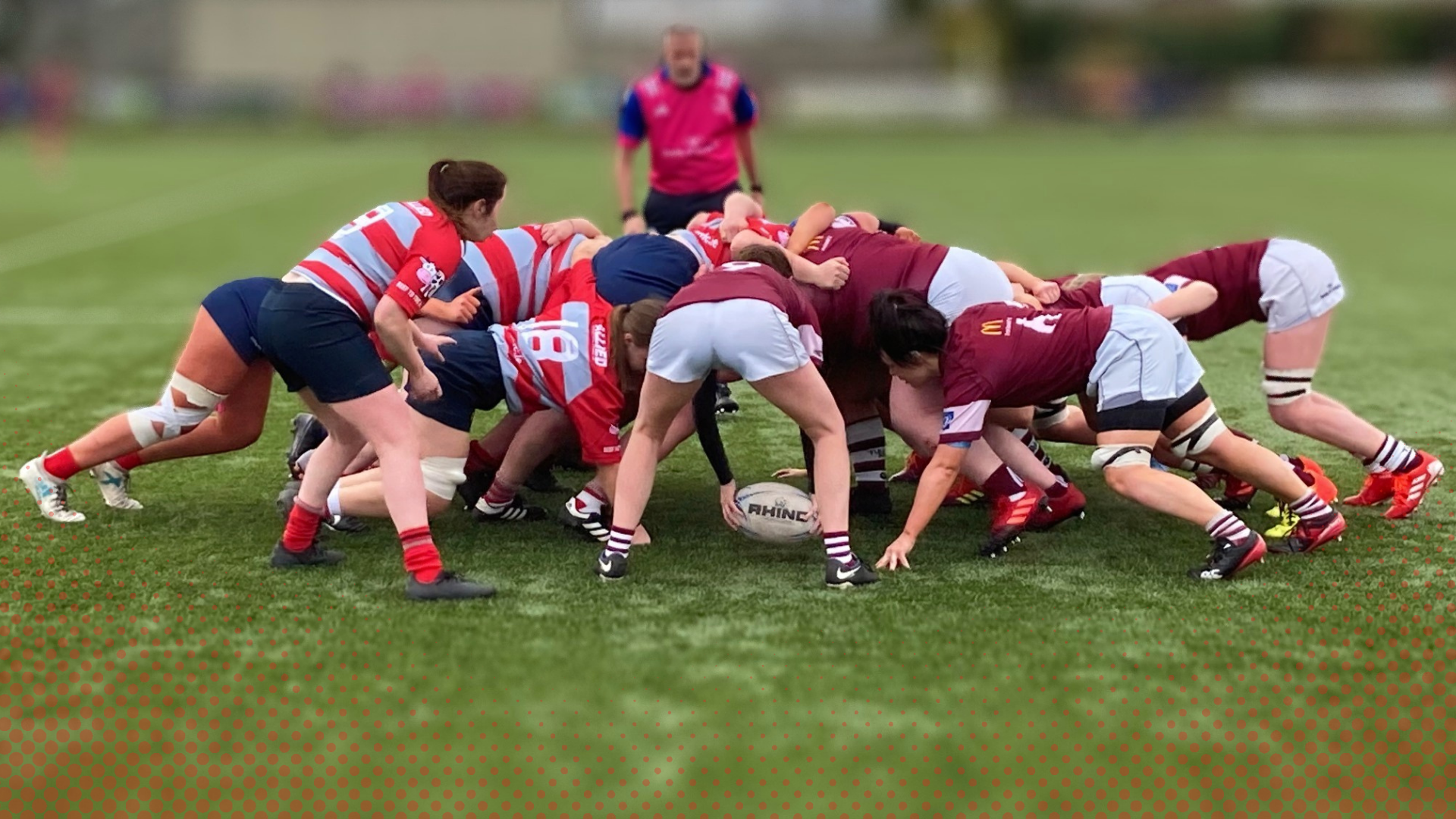 A massive game for Mullingar women's team. Tullow travelled to Shay Murtagh Park to battle for a position in the cup finals.

Mullingar have had some amazing games throughout the year but often marred by low number and injuries they struggled to really show what they were made of. The last few games gave an inkling to the skill within the fold. Today was an opportunity to continue that run of play. Tullow however are a well established team with some heavy hitters and in the first division.

The game opened with a quick try from Tullow within the first 15mins they were four tries up. Mullingar were caught with some impressive passing and breaks. Gemma Faulkner repeatedly prevented the score jumping rapidly further. On the 18th minute the Heifers captain Eadaoin Liddy drove over the line to put Mullingar back in contention.

Mullingar's pack held their own in scrums and often gained some space however lone breaks were punished by Tullow. Impressive tackling from Mullingar didn’t produce the same results as in previous games but as a second half team there was still a lot of hope that Mullingar would find some flow and a little luck.

Some quick footwork from Ciara Wynne saw Mullingar create space and a smart pass to Clodagh O’ Brien resulted in a classy try.

Kara Mulcahy showed impressive tackling and scrum work for a recent addition her contribution was invaluable. Teammates and observers would wholeheartedly agree she has a bright and impressive future ahead of her.

Ciara Foxe as always led by example but unfortunately Tullow shut down any breaks she made, and she didn’t get to play her own game. Halfway through the 2nd half she also put her name on the score board.

Unfortunately, Mullingar didn’t get to continue their winning streak. The game finished 63-17.

Although today was not our day and it ended our season the bond within the team continues to find form. Bodies will heal and they will enjoy their well earned break. Next season looks promising with such young skilful additions.