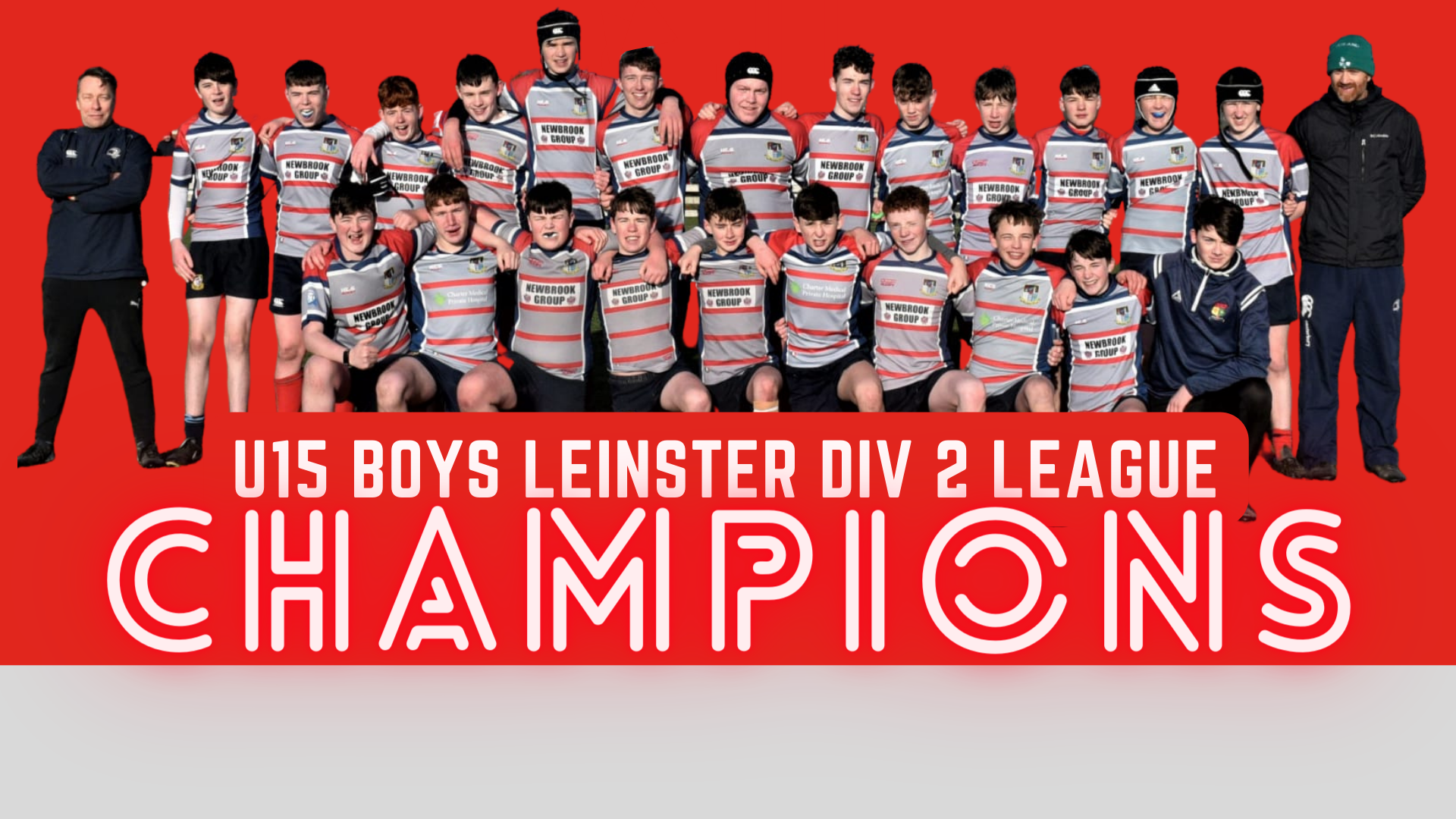 Edenderry kicked off the game in a wet Tullamore and were under sustained early pressure. At the 7 minute mark Peadar Glennon cut through the Edenderry defence to score the first try of the day, with the conversion coming from Cillian Traynor. Edenderry sent the restart straight to the Mullingar pack led by Rory O’Brien. Structured team play ensued with strong carries from Brook Glennon and Aaron McGauran allowing Traynor to score a try of his own.The first half closed out with brilliant backfield cover from Kylan Heffernan, Henry Duncan and fullback Jake Greene as Edenderry tried desperately to get a foothold in the game. The White and Blue went in at halftime 12-0 down despite their best efforts.

The second half opened much like the first with Mullingar on the front foot. Despite been driven back on each occasion against a much bigger pack, Ruairi “Butcher” D’Arcy hooked well at the no.2 spot, securing 100% scrum success. The wet conditions resulted in an excess of scrums due to spilled ball. Throughout the game the two flankers Alan Manning and Brook Glennon were fast out of the scrum to neutralise Edenderry's No. 8 Pick and go from the back of the scrum12 minutes into the second half, Alan Manning, with strength and composure, managed to take on and spin away from several defenders before touching down wide on the right. Shane Maloney continued to navigate the hazardous breakdown with purpose while Mullingar retained possession.Five minutes elapsed before James Flynn at out half, provided the assist for Peadar Glennon, who turned on the magic to skip through the heart of the Edenderry defence, for the second try of his ‘man of the match’ performance, leaving Traynor another easy conversion.

A 24 point deficit sparked Edenderry's offence as Mullingar began to tire from the heavy workload. Strong carries from the Edenderry players earned them 17 points in quick succession late in the second half and it was now a one score game.Edenderry’s total could have been a lot larger if it wasn’t for continued work ethic from Killian O’Halloran-Smyth ‘the Defensive Player of the game’ closely followed by Jake Green at full back and Flynn who managed to launch himself into a crucial tackle out in the wide channel during Edenderry’s resurgence period.Noah Ryan provided another pivotal moment with unmatched intimidation at the front of the lineout causing “Derry” to spill the ball forwards 10 metres from the Mullingar line.

It took true grit from the Mullingar team, no more than from Joseph Kidd who was playing against school-mates, to get the ball up the pitch into a scoring position. Kidd constantly secured the ball from the Edenderry restarts and took the big hits of the arriving chasers.With 5 minutes remaining and Mullingar under pressure Maloney managed a kick chase assisted by Green to clear the Mullingar half and force Edenderry into conceding a lineout.In the subsequent run of play Edenderry conceded another penalty within range of the Posts. Rory O Brien the Mullingar Captain pointed to the sticks and that gave Traynor the opportunity to ice the game. He kicked the dagger sealing the win at 27-17, a result that was a good reflection of the continued effort at training, as many of the players had to play out of position due to injured squad members.