OUR U13 BOYS CROWNED CUP CHAMPIONS AT ENERGIA PARK 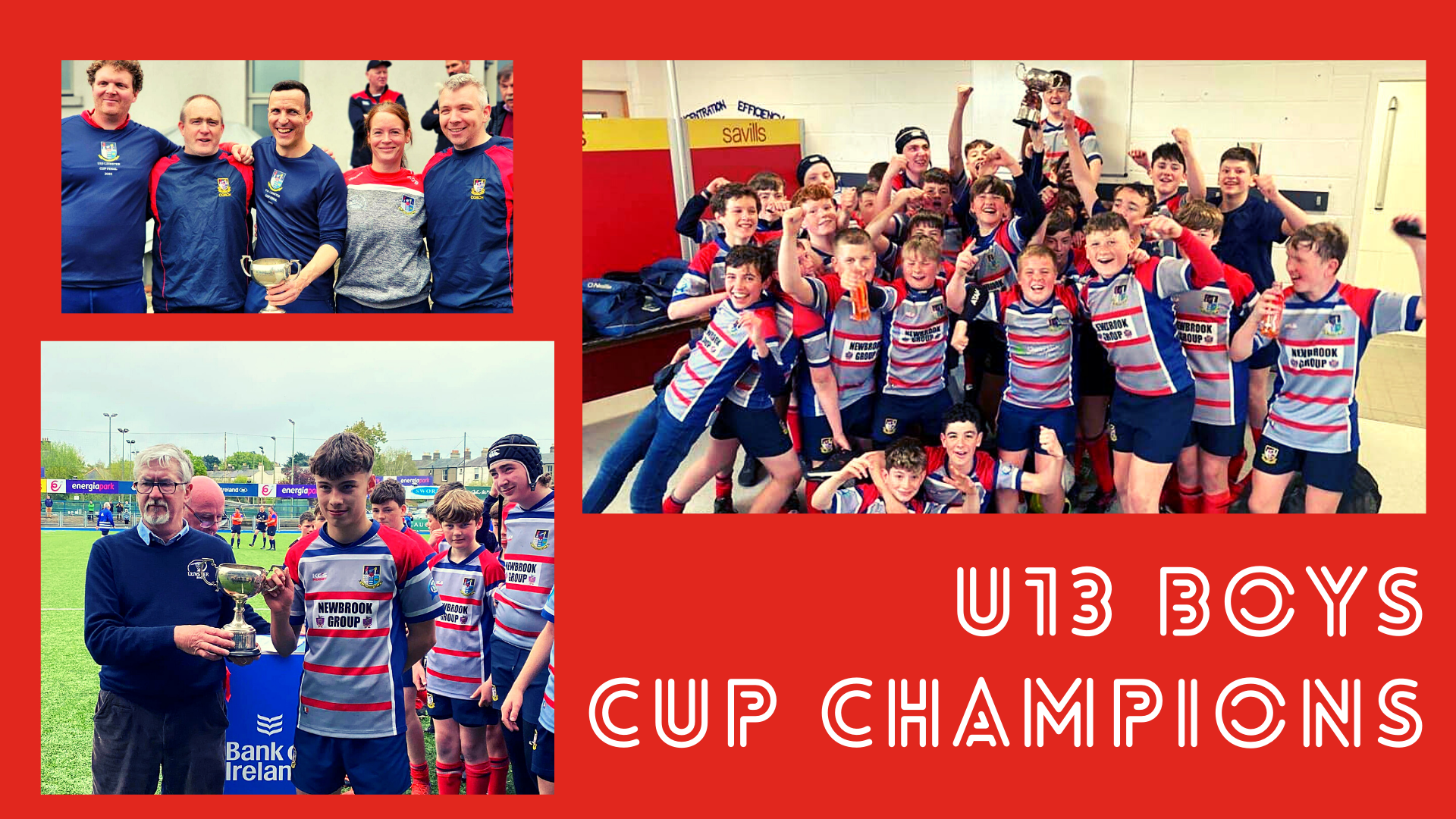 Mullingar RFC U13’s are the McGowan Cup Champions for 2022 after defeating a strong and well fancied Newbridge RFC 17-10 at Donnybrook Stadium on the May bank holiday Monday. Going into the match as underdogs Mullingar were under pressure from the kick off and conceded a try to go down 5-0 after a period of dominance from Newbridge. But conceding the score seemed to spark the Mullingar boys and after some really strong forward carries Newbridge gave away a penalty in front of the posts which out-half Finn Brennan duly kicked to make the score 5-3 to Newbridge. From the kick off Mullingar dominated the rest of the half both in terms of possession and territory with some fantastic carries by Evan Heeney, Jack Keena and Darragh Hanley. It was after another strong carry from Darragh Hanley that Aidan Doyle moved the ball to Finn Brennan to dive over on the stroke of half time. Finn added the extras for a 10-5 lead to Mullingar at half time. After the break Mullingar picked up where they left off again with fantastic forward play and pressure defence from Fionn Carey and Jack Conlon who dealt with the big Newbridge forwards with ease. It was from a Newbridge scrum which was won against the head by hooker Jack Keena that the ball was moved wide for the games killer score. Conor Williams and Liam Weblin moved the ball to Tomas Brennan, who stepped inside the chasing Newbridge defenders and powered over through 3 would be tacklers. Again Finn Brennan added the extras to make the score 17-5 to Mullingar with only minutes remaining. To their credit the Newbridge boys stuck at their task and were rewarded with a fine try to make the final score 17-10. After the restart Mullingar won the ball back and the ref blew the match up. In what was a fantastic season for this group of 43 Mullingar men they finished their 35th competitive game of the season with the Leinster u13 Cup. Joining the class of 2015, 2012 and 1992 as the 4th team from Mullingar RFC to do so.