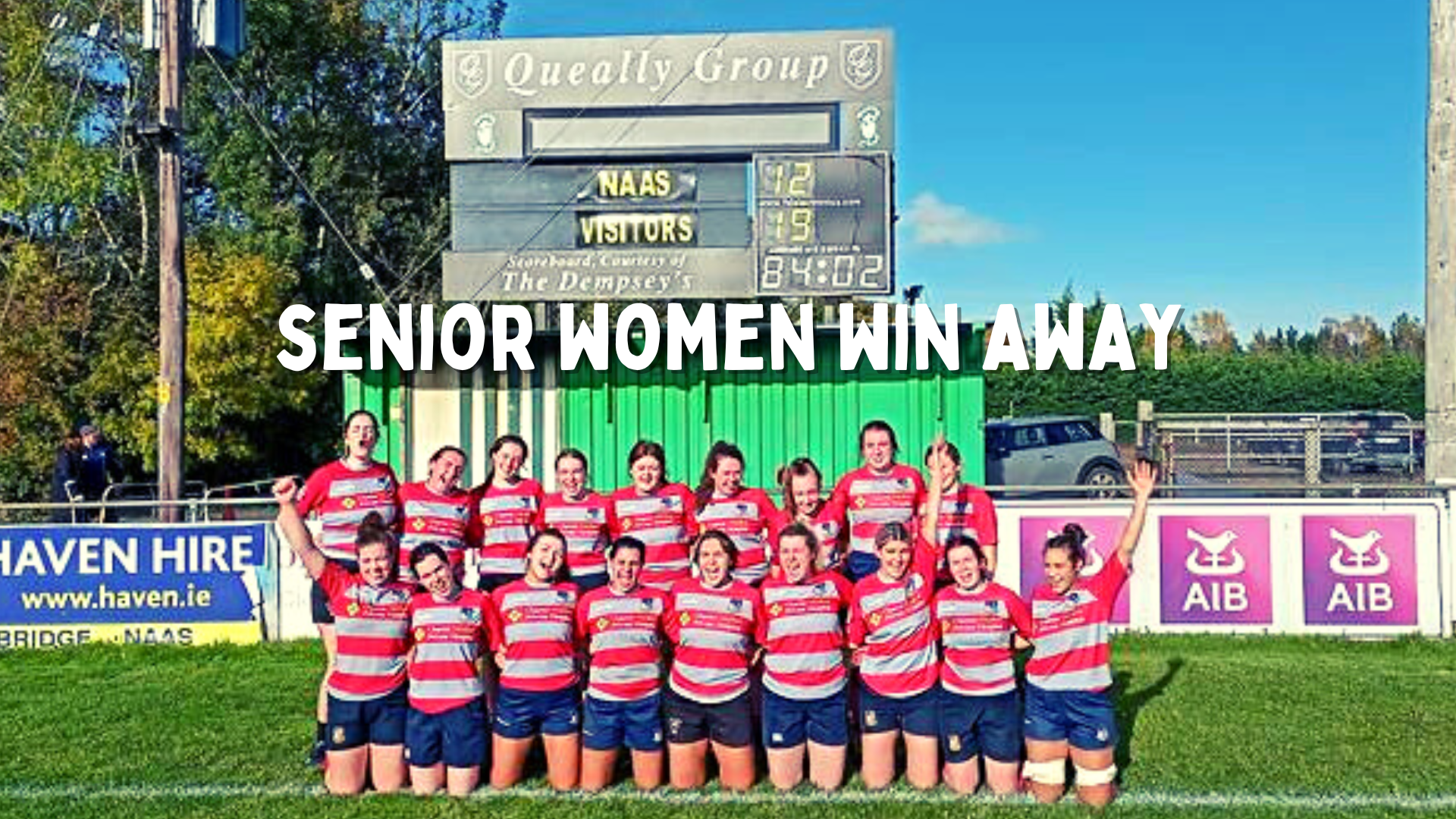 A beautiful fresh start to Sunday the 23rd of October seen the senior ladies travel to Naas to meet the might of the Naas Cobras.

The heifers knew they would have a battle on their hands, but with an injection of youth on our side it was all up for grabs. Naas were out in force with a respectable run of wins under their belts as well as moving up to the second division by swatting teams on their way. Spirits as always were high the ladies feeling this may be a chance to put on the board what the Clondalkin game failed to show. The game seen the introduction of Molly Swanson and Etaoin Donohoe-Conroy to the herd.

Expectations were high, and we were not disappointed. Mullingar were the first to put points on the board from the impressive tackle dodging quick footed Ciara Wynne. Unfortunately, the angle bested our kicker Ciara Fox, but she was only getting warmed up so we knew amends would be made with impressive force.

The pack struggled at times to steady the drive from Naas, but the quick thinking ever reliable Niamh Gough got the ball free. Kara Mulcahy at 8 played a stormer tackle after tackle inflicting punishing force to push back any attempts to drive through the Mullingar defence. Anna Scanlon meted out her own form of punishment to ensure no gaps could be created. The pack were relentless in their efforts, bone rattling tackles was their dish of choice. Our Captain Clodagh O'Brien kept the team focused when Naas drove through a try, never once allowing self-doubt taint their goal. The Heifers and the Cobras battled up and down the pitch under a glaring sun. A clean tough game seen an unfortunate knock on from Naas just over the touch line. They didn’t lick their wounds for too long and came again at the impressive Mullingar defence. Another try seen Naas take the lead.  Sophie Treanor literally levelled women twice her size, bouncing up then to thwart any attempt to sneak around her. Mullingar decided enough was enough it was time to put their efforts into points.  The quick thinking of Robyn O’Brien seen her make a mid-field break we watched as almost in slow motion she effortlessly placed the ball under the post. Foxey put the ball straight over and we were back level.

Some unfortunate timing errors seen knock ons that should have been clean breaks. The herd knew they had another try in them and battled their way from their own try line to the Cobras 5m. Here is where we witnessed the beauty and grit of the Mullingar hearts. One after another they inched forward pulling in the Naas defence. The attack opened the smallest of gaps, Foxey spotted her chance and took it with force scoring the final try of the game. But just to polish off a fantastic game she then popped it over for the game to finish. 19-12.

Both teams finished with a positive and forward-thinking attitude, we look forward to meeting Naas in the future and wish them happy battles in their season