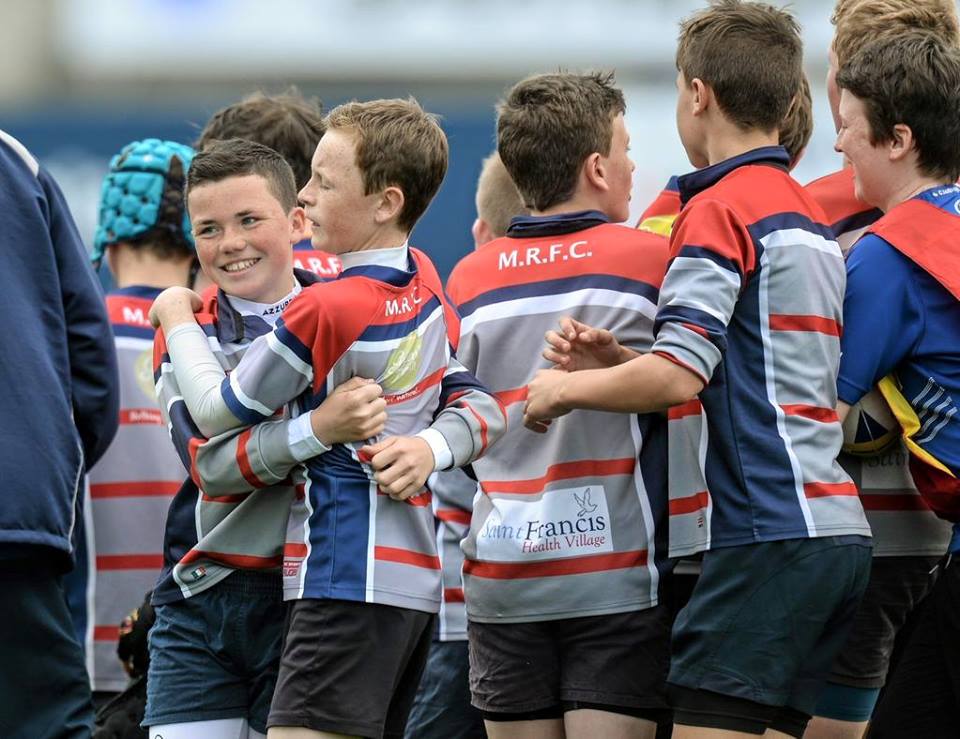 On Bank Holiday Monday, Mullingar U13âs & U15s travelled to Donnybrook for a Leinster Cup Finals. The U13s were first up in a Midlands derby against local rivals Tullamore and then it was the turn of the U15s versus Naas. After 2 titanic battles, Mullingar returned to Shay Murtagh Park with both the McGowan & McAuley Cups.

The early exchanges of the U13 contest were tense and both sides put in some excellent defensive work. As the half went on, Mullingar appeared to be winning the physical battle as several Tullamore players received treatment following big impacts and more of the play was inside the Tullamore half, however, the elusive first score remained out of reach. Finally, as the half moved into stoppage-time, Mullingar made the breakthrough from the back of a 5 metre scrum, as Shane Williams neatly off-loaded the ball to Ben McGauran to drive over for the first try of the game. Shane narrowly missed the conversion and the half-time whistle immediately followed with Mullingar 5-0 in front.

The second half started in a similar vein to the first with both sides putting everything into the contest but Mullingar got the first score via a 31st-minute penalty from captain Fionn O'Hara. As expected Tullamore were not prepared to go down without a fight, and worked a try in the 34th minute with a successful conversion to make it a one point game (8-7). Mullingar werenât going to let this one slip and after a dazzling control of the ball on the ground by Conor âMessiâ Gibney along the right hand touch line, he pounced to make it 13-7. Ben McGauran then showed his own kicking skills with a superb two-pointer from wide on the right to make it 15-7 with 15 minutes remaining.

Although Tullamore made some good breaks in the latter stages, Darragh Seery at full back continued to make excellent cover tackles when needed. Eventually, following 5 long minutes looking at a 50 minute clock, the final whistle blew and the celebrations began.