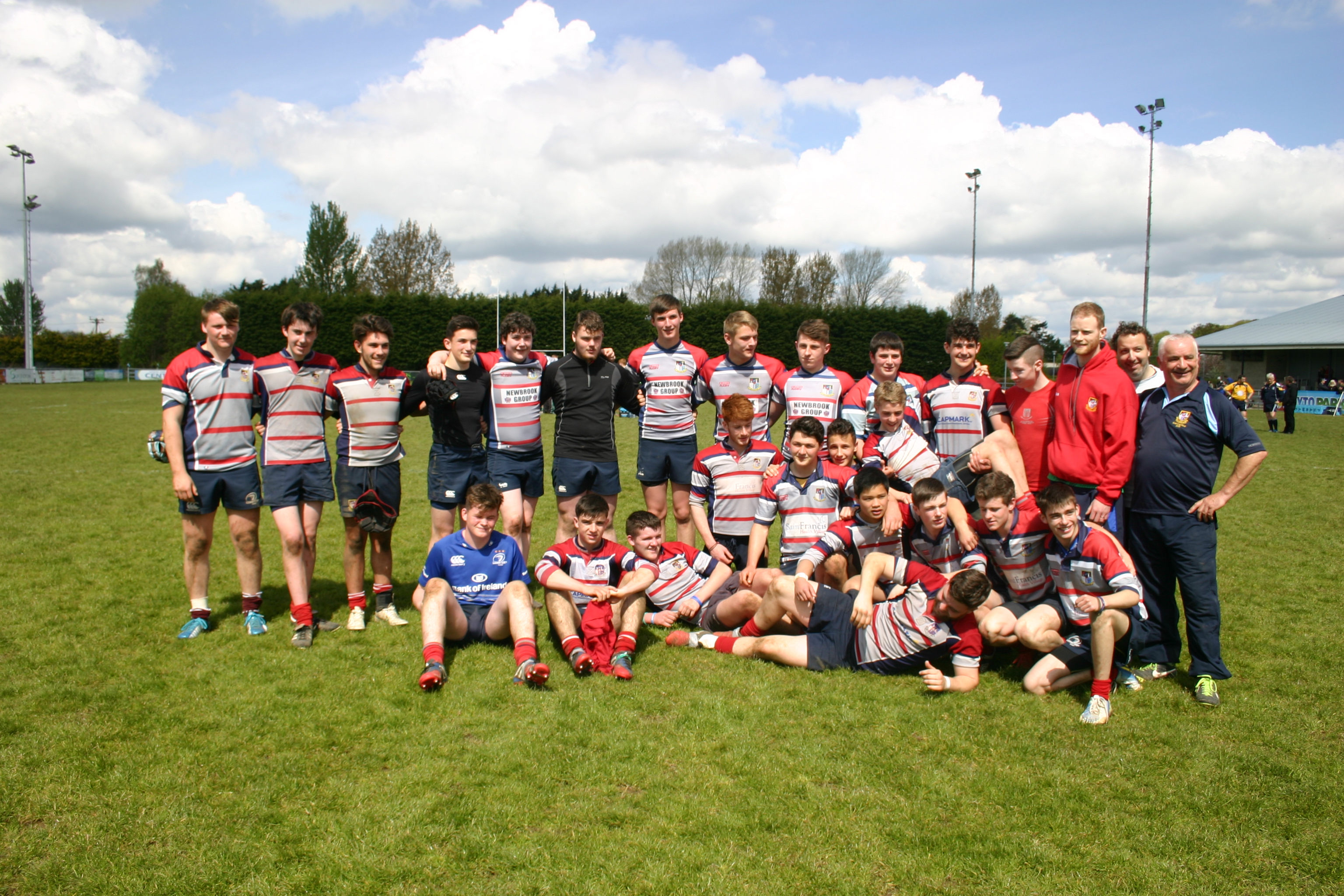 Mullingar travelled to Navan on Saturday morning to contest the Leinster Plate Final aiming to complete a remarkable season for Mullingar RFC. Mullingar started brightly and straight from the kick off carried the ball strongly and took Naas through several phases. Eventually they established a position in the Naas 22 and from a scrum Ben OâReilly made a good break and offloaded to Alex Mitic who scored under the posts. Mikie Mullen converted to make the score 7-0.

From the resulting kick off Naas chased hard and pushed Mullingar back into their 22 forcing them to kick for touch. From the ensuing lineout Naas set up a strong maul and sucked in the Mullingar defence, they then moved it wide where they found a hole in the defence and scored to make the score 7-5. At this stage it looked like it could be a tight game but Mullingar had other ideas as they took over the game for the rest of the half. Tries by Sean Loughlin, Ben OâReilly and Sean OâBrien made the half time score 24-5.

Naas emerged fired up after the half time break and exerted serious pressure on the Mullingar defence however Mullingar were determined not to concede another try and pushed Naas back from the five metre line to the 22 and then turned the ball over and broke out of defence to win a penalty in the Naas 22. This was a defining moment in the game and you sensed that there was no way that Mullingar would be defeated on the day. Mullingar added further scores by Mikie Mullen, Sean OâBrien and Sean Loughlin to make the final score 43-5 in an impressive win for Mullingar especially when you consider that the played Naas in the league semi final and only emerged victors by 13-11. The Plate win meant that Mullingar U17s finished the season with a Division 1 and Plate double to add the the total haul of 11 trophies for the club this season.