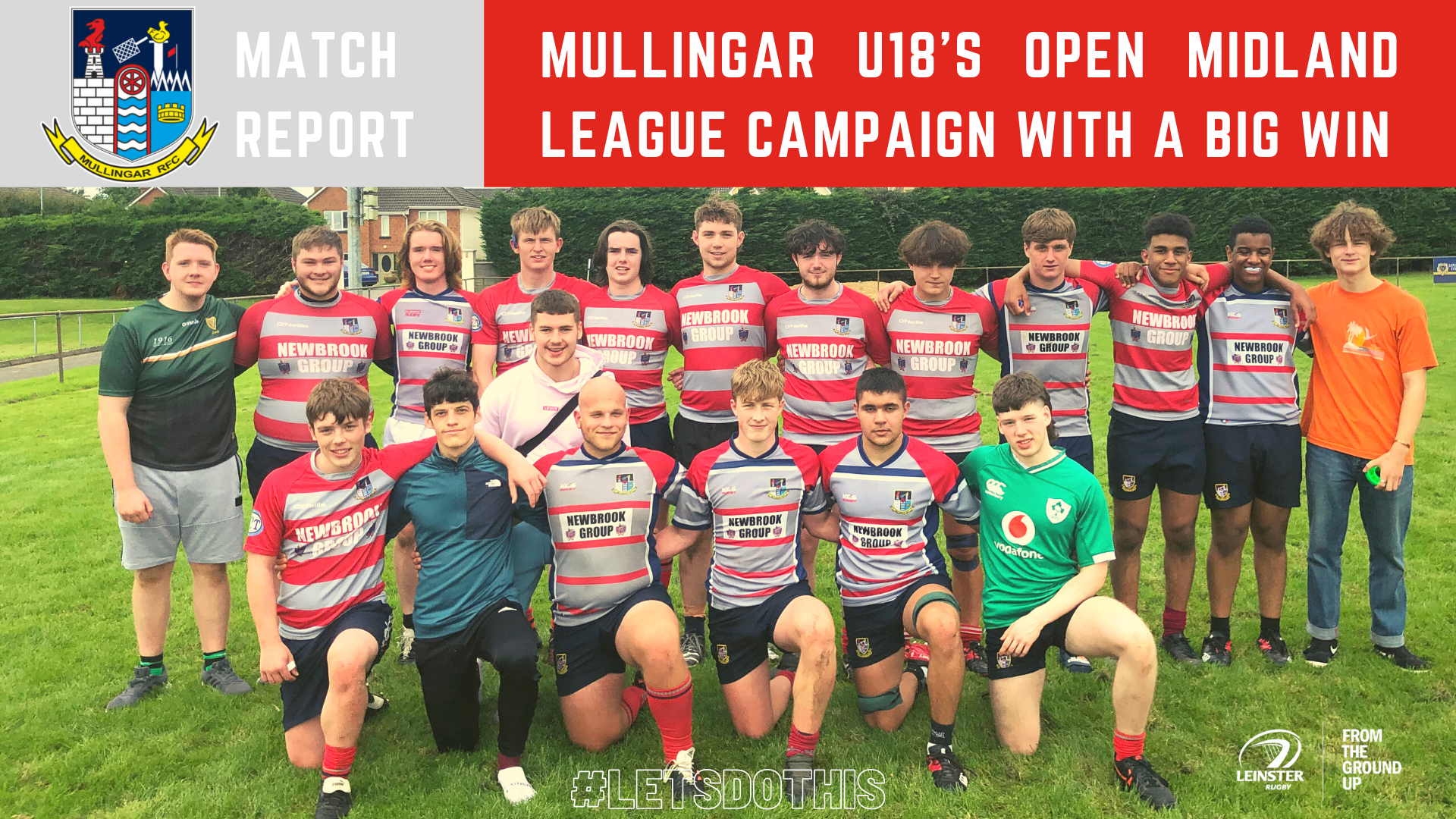 After a long hiatus youth’s rugby re-commenced with a visit to neighbours Longford for a Midland League match played in perfect conditions on Saturday morning. Longford controlled the ball for long periods in the opening stages of the match but they played most of the rugby in their own half and a loose clearing kick allowed Dylan Briody to return the ball with a strong run and he finally found Darragh McCormack who crossed the try line to dot down under the post. Daniel O’Connor added the conversion to make it 7-0. After scoring Mullingar grew in confidence and started to dominate possession, they worked the ball to Darragh McCormack and the Longford defenders were unable to stop him crossing for his second try. Daniel O’Connor made it 14-0 with the conversion.

Mullingar were really starting to hit their stride now and Darragh McCormack again made big in-roads into the Longford defence but he was unable to finish the move himself, luckily Caolan Polgar was hand to receive a deft offload and scamper over for the third try. Daniel O’Connor stroked over his third conversion to make it 21-0.

Longford responded and Mullingar were forced to defend again for a period and some strong tacking from Niall Doonan, Conor O’Malley, Ethan Farrell and Ralf Gigulis forced a turnover and Mullingar moved the ball wide via Conor Moore to find Dylan Briody who crossed for the fourth try. Daniel O’Connor stepped up to make it 28-0.

Mullingar had a couple of near misses before getting try number five, Tom Svienty finished off fine move to make the score 33-0 and for once the metronomic Daniel O’Connor failed to add the conversion to make the score 33-0 at half time. Some changes at half interrupted the flow of the game and it took Mullingar some time to get back into their rhythm and while they came close on several occasions they were not able to add to the half time score.

Overall it was a good performance from Mullingar with the forwards being quite dominant, especially at scrum time, and the backline made great use of the front foot ball. Everyone was delighted to be back playing rugby again after such a long break and hopefully we will have a full season this year.