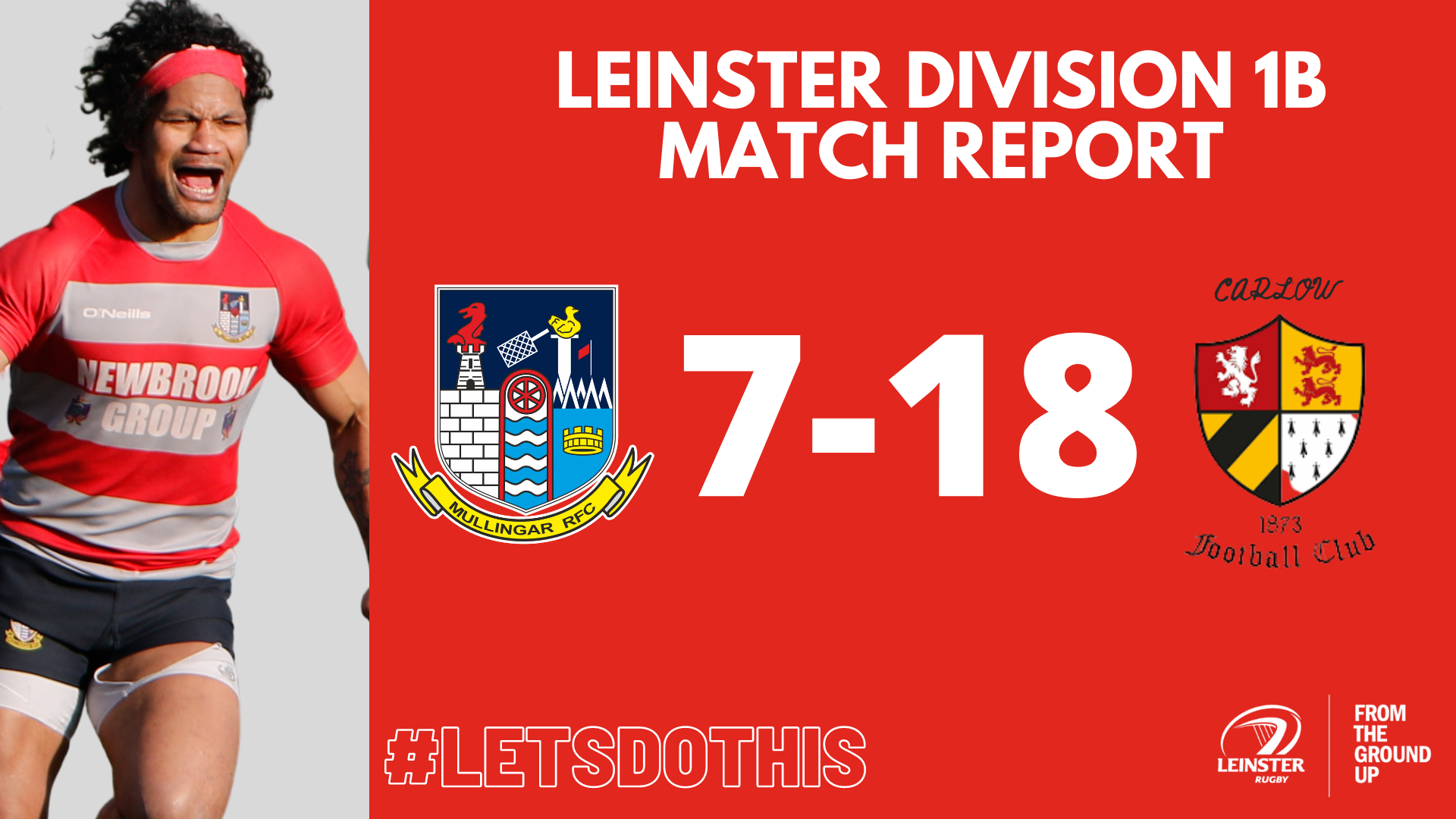 Mullingar started this game in a positive frame. Carlow had kicked the ball directly into touch from the kick off and the resulting scrum on half way led to a Mullingar attack and a penalty conceded by Carlow about 30 metres out and fairly central. However the kick was missed and Mullingar ended up on the defensive after conceding a scrum penalty and now had a lineout to defend on their own 5m line. From the resulting maul Carlow got over for their 1st try, with the conversion missed it was 0-5 to the visitors. Apart from the first 3 minutes, all the play in the first quarter was in Mullingar`s half, despite playing with the breeze. Lineouts were a lottery as the stiff breeze made throwing to the middle or back resulted in a crooked throw, yet we persisted in calling lineout throws to the middle and rear, resulting in 3 or 4 calls of crooked throw. Carlow`s kicking and teamwork was making ground and they were rewarded with a converted try in the 32min to go 0-12 up. Mullingar responded with a try of their own, just before half time after. A short penalty taken by Mullingar near the Carlow line and a few pick and drives led to a great line by Alan Brabazon and a conversion to put the half time score at 7-12.

Mullingar started the 2nd half very well, exerting good pressure on Carlow but again another crooked feed to a lineout resulted in Carlow reliving pressure on their defence. Indeed it was Carlow who struck the 1st blow of the second half with a penalty in the 55th minute. With the score at 7-15 in favour of the visitors, it was not looking positive for Mullingar. However we did improve on our first half performance and had a few chances but they were ably defended by Carlow. Another penalty to Carlow which they kicked left the score at 7-18 to the visitors. A harsh lesson for the home side, however it has to be put down as an underperformance by Mullingar. We are far more capable then we portrayed today and I`m sure the individual and team play will improve as we move on in this league. Next Sunday we have League leaders Wicklow as visitors to Mullingar.