SECOND HALF BLITZ HANDS OUR SECONDS ANOTHER BIG WIN 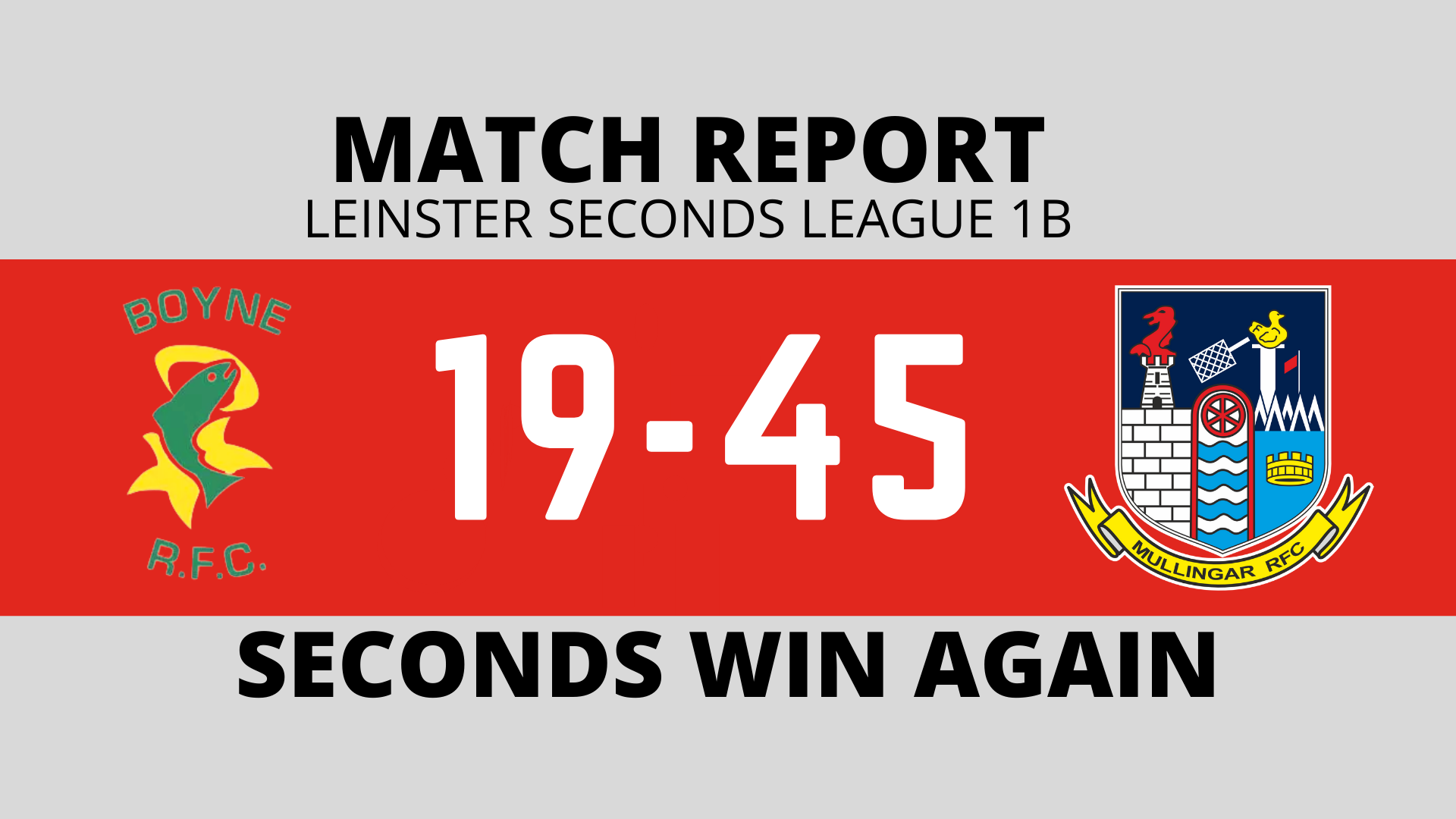 A second half Blitz by Mullingar in Drogheda on Sunday proved too much for Boyne as Mullingar ran in 40 unanswered points, to stay top of the 2nds league. It had looked good for Boyne at half time as they were leading 19-5; however a much more determined Mullingar side that cut out the errors of the first half and were too strong all over the pitch for the home side. Boyne were the first to score after about 15 mins. Boyne turned over the ball twice and each time they kicked for touch gaining good ground which resulted in the first try which was converted to give the home side a 7-0 lead. Mullingar conceded a penalty directly from the drop off to give Boyne a further advantage, however Mullingar were able to clear their defence and move rapidly up field to score a try by Conor Hayden, which was unconverted to put the score at 7-5. A few missed tackles led to Boyne`s 2nd try which was unconverted and their 3rd was a simple pick up at a ruck by their scrum half who waltzed through for a touch down under the posts. Simple errors by Mullingar had gifted Boyne 12 easy points, but that was to be the end of the gifts by Mullingar.

Mullingar started the 2nd half in a much more determined manner and some good carries by Killian McNay, Cillian Kavanagh, Alex Moran in the forwards and Sean Cronin and Darragh Lambe in the backline resulted in a ruck about 20m from the Boyne line. In a replica of Boyne`s 3rd try ross Tormey just picked up from the ruck and waltzed in for Mullingar`s 2nd try to put the score at 19-12. Mullingar were starting to really dominate the game with our front row of Oisin Burke, Kevin Smith and Matt Doyle making their presence felt. The 2 K(C)illian`s in the 2nd row were beginning to dominate in open play along with the back row of Alex Moran, Fintan Larkin and Conor Glennon and almost all of the play was in the Boyne half of the field. The score were level after Kevin Smith had picked up the ball from a lineout and ran through the Boyne defence to score. Confidence was up and the Multy influence at outhalf was a constant worry for Boyne. Our 2 centres Sean Cronin and Darragh Lambe, who would normally play in the forwards, were making big carries. A 3rd second half try came just before the water break, this time by Alex Moran to put Mullingar in the lead by 19-26. 3 further tries by Fintan Larkin and 2 from Conor Hayden put a nice shine on the score line. Our 2 wingers Hugh O Neill and Jamie Daly were always a threat and it`s not often we have a try scoring hat trick, but Conor Hayden got his today. A resounding win to leave Mullingar top of the league but only by a point from Carlow. Our next game is scheduled for Sunday October 31st at home to Cill Dara as next weekend is a free weekend.