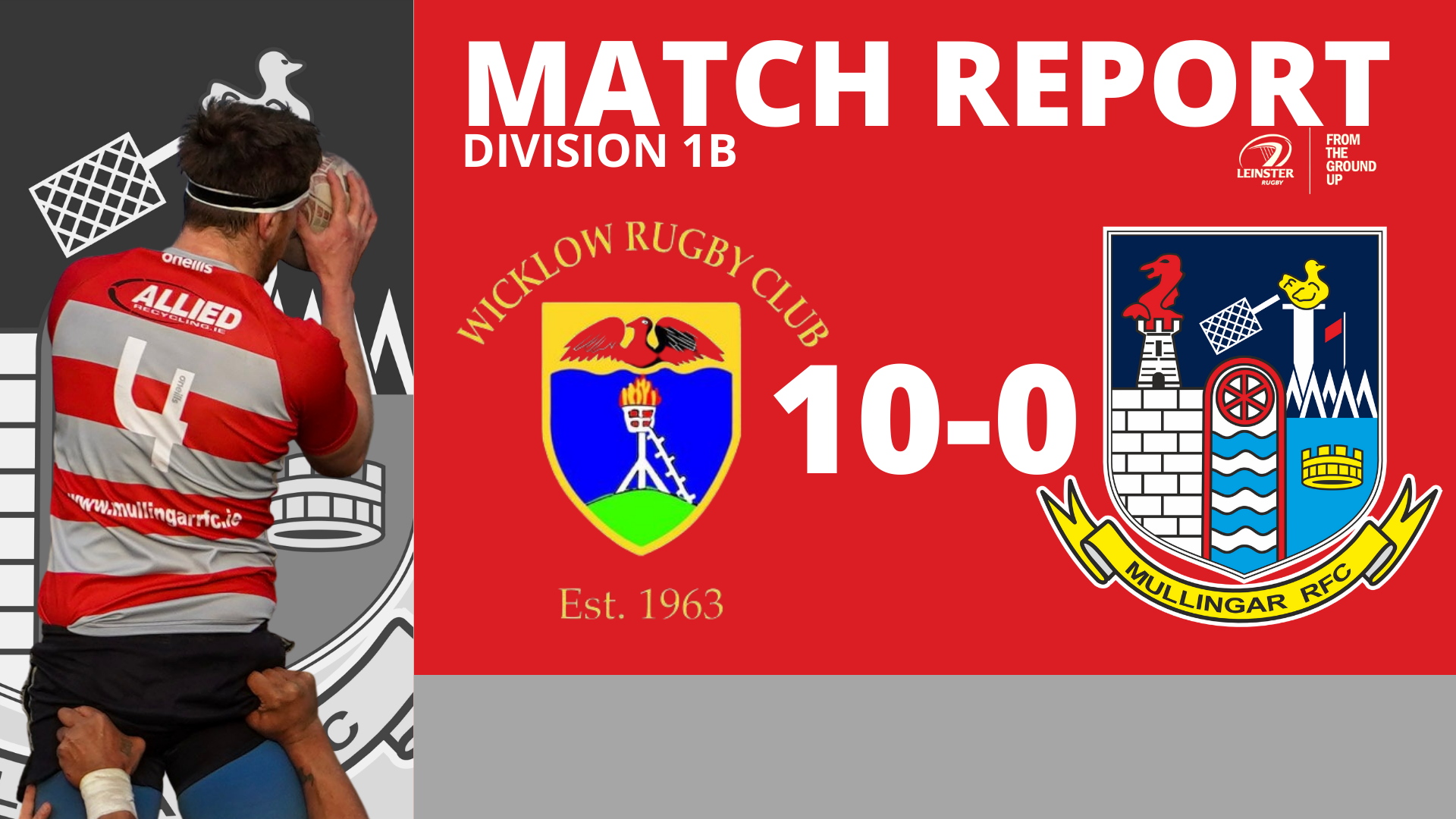 With games being cancelled due to the weather, the only game cancelled in Division 1 was the Clondalkin Vs Carlow game. Ironically it was the only game in the division that didn’t matter at the top or bottom of the league. Boyne needed to beat Tullow in order to win the league, Wicklow needed to beat Mullingar and hope Tullow would win in Drogheda. Longford needed to beat Cill Dara and hope Mullingar lost to Wicklow to avoid the playoff. Well wins for Boyne, Wicklow and Longford has the result of Mullingar finishing 7th in the league and having a playoff with De La Salle Palmerston to see which team plays in Div 1B next season.

On a heavy and windy day in Wicklow, it did not bode well for any type of running game, with a greasy ball cross wind and very cold conditions. Mullingar played with the aid of the wind in the first half, although it was more across the pitch rather than from end to end. The conditions made for a forwards dominated game with a lot of short plays and quite a number of knock-ons. Mullingar were handicapped after just 5 minutes when Niall Hannon had to go off injured. Wicklow had the best of the first 10 minutes and Mullingar spent a good number of those minutes defending their line. This they did and managed to turnover the ball and escape from their 5m line. About 20 minutes into the game Mullingar`s Aaron Glennon broke down the right wing and raced into the Wicklow 22, with the Wicklow winger in front of him, Aaron passed to the supporting Paul Maxwell, but unfortunately with the greasy ball, a knock on resulted. Mullingar spent most of the rest of the first half in the Wicklow half of the pitch but could not muster a score. Henry Reilly had to be replaced before half time due to an injury.

The second half was no different from the first in that balls were being dropped by both sides as the pitch was getting heavier in the wet and mucky conditions. Wicklow broke the duck midway through the second half with a penalty to go 3-0 up. Mullingar try as they did could not penetrate the Wicklow defence and it was Wicklow who got the only try of the game with about 5 minutes left to seal Mullingar`s fate. The end came and the news of Longford`s win, meant Mullingar would be in the playoffs.

2nds game cancelled due to unplayable pitch in Wicklow.