NEXT STOP DONNYBROOK STADIUM FOR OUR U13 BOYS CUP FINALISTS 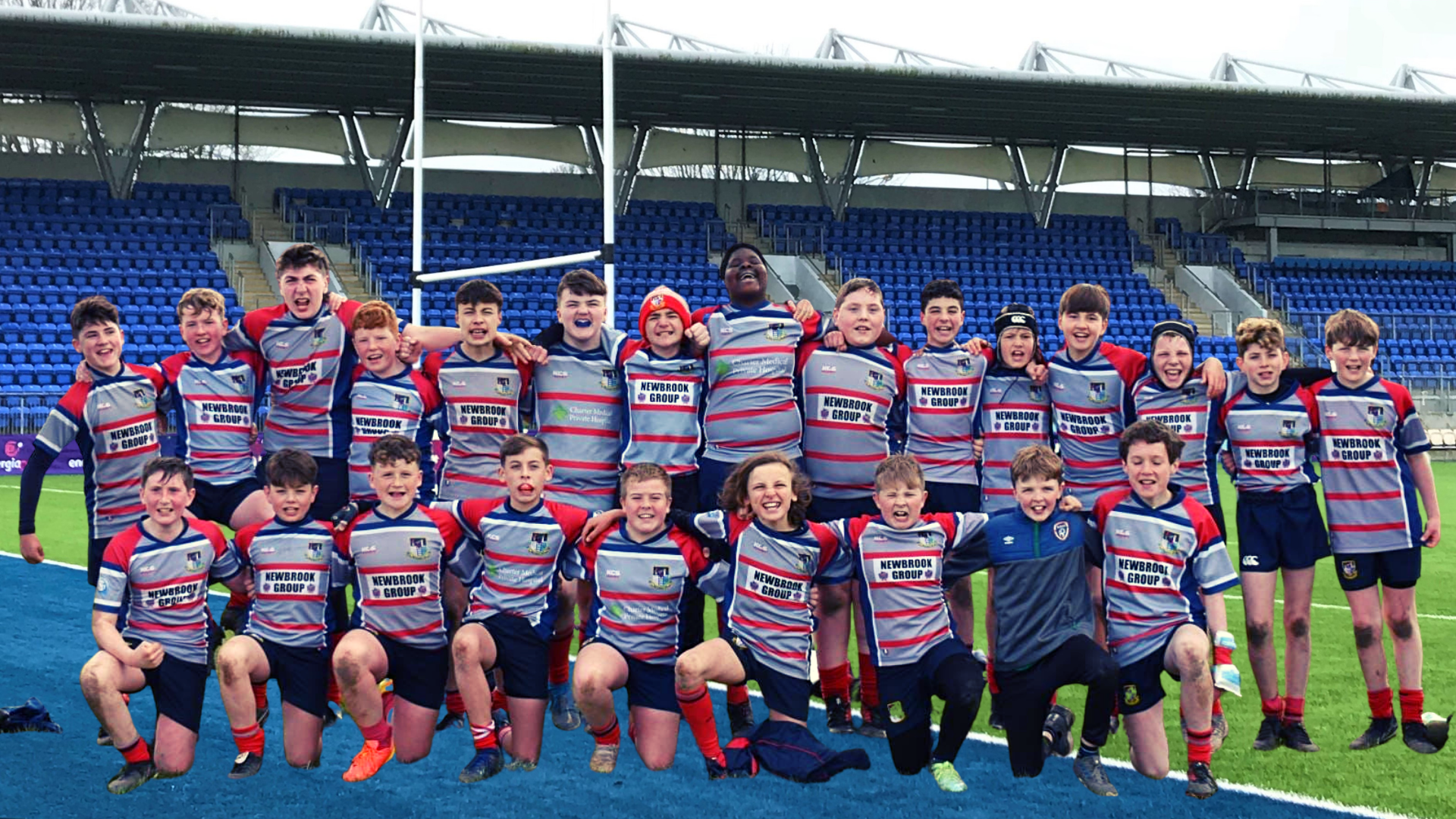 It was a case of 4th time lucky for the Mullingar U13s boys on Saturday 9th of April as they beat a strong and determined Portlaoise RFC team in the semi-final of Leinster U13 Boys Cup. After experiencing the disappointment of 3 semi-final defeats in proceeding 2 weeks there was a steely determination amongst the Mullingar boys as they arrived to a sun drenched Spollanstown in Tullamore.

Mullingar started strongly and after a period of sustained pressure Portlaoise gave away a penalty in a very kickable position. Finn Brennan converted to give Mullingar RFC a 3-0 lead. The rest of the first half was a tightly contested affair with really strong sets of play from both sides, but both defences were coming out on top. Coming into the final minutes of the first half Mullingar put together a very strong passage of play with big carries from Evan Heeney & Ian Orme pounding the Portlaoise line. The ball was then moved wide, Tomas Brennan almost crashed over under the sticks, the ball was recycled by Aidan Doyle and with some nice hands Conor Williams put Ryan Scott over in the corner. Finn Brennan added the extras right on the stroke of half time to leave it 10-0 to Mullingar at the break.

After the break Portlaoise took the game to Mullingar producing their best period of the match. Eventually their pressure told and with some neat footwork their strong carrying number 8 crashed over for a try. The conversion was missed but with the score now 10-5 it was very much game on. From the restart Conor Williams smashed his opposite number and Aidan Doyle poached the ball moving it to Even Heeney who made huge yards deep into Portlaoise territory. Under pressure Portlaoise gave away a penalty which Finn Brennan converted to push out Mullingar’s lead to 13-5 and they never looked back.

The Mullingar bench started to make an impact with Godwin Nsitua Ndefi in particular carrying with great effect. With 4 minutes on the clock Portlaoise missed touch from a penalty, it proved to be a costly mistake as Conor Williams carried the ball into contact, Godwin Nsitua Ndefi took the ball on before Zack O’Brien flashed the ball wide. With some great hands from Darragh Hanley in the middle of the pitch Ryan Scott stretched the Portlaoise defence. At the resulting ruck Finn Brennan spotted the smallest of gaps and raced through for Mullingar’s second try of the game. He added the extras to make it 20-5, finishing with a personal tally of 15 points after successfully kicking 4 from 4 off the tee.

Next up for these boys are Newbridge RFC in the U13s Leinster Cup final in Energia Park, Donnybrook Stadium on May 2nd