U14 GIRLS WIN THE PREMIER LEAGUE TO FINISH WITH UNIQUE DOUBLE 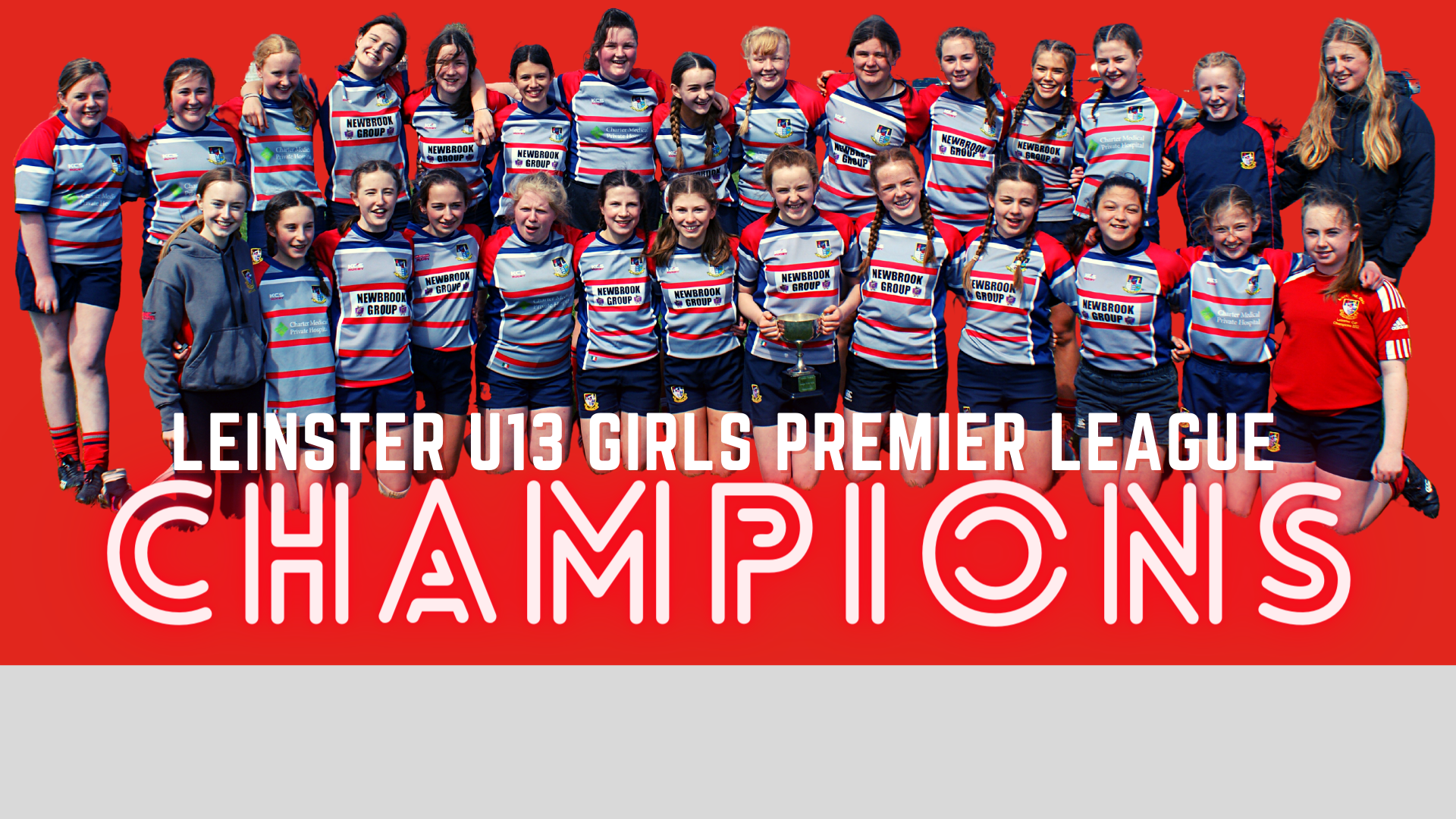 "A game played in the true spirit of rugby"

Those in attendance yesterday to watch the Leinster Rugby Girls League Finals day were truly impressed with the spirit shown by all the Girls and camaraderie to each other and to opponents in all the matches played and this was no more obvious than in the U14 Premier Final between Greystones RFC and ourselves. Although the Garden County girls knew from the outset they were facing the Cup Champions and League table toppers, they played their hearts out until the final whistle and indeed one of the most memorable moments and loudest cheers came towards the end of the match when Greystones scored having never given up despite trailing heavily to a dominant Mullingar. Our Girls impressed from the opening minutes laying claim to the title early on scoring steadily throughout the first half to lead 31-0 at half time.
This dominance was to continue in the second half as the girls played the most scintillating, technically wonderful attacking rugby, deploying a defensive line that was almost impenetrable, running lines our Seniors would be envious of, error free passing throughout and building phase after phase (one instance of 19 straight phases) despite some staunch Greystones tackling, to notch up 11 try’s by the time the final whistle sounded leaving the score 69-7 which does not really reflect the effort of the Greystones Girls in the match, they themselves playing great rugby and who were most gracious in defeat.
This final whistle was also greeted with very joyous scenes in Athy RFC as our girls became the undisputed premier league Champions by completing a Premier League and Cup double this season.
Our congratulations to all the players on both U14 Squads, our Coaches Mark Corrigan, Willie Bastic and Ray Murphy, all the parents, and guardians who were brilliant all season long, our sponsors and super supporters.
WELL DONE EVERYONE