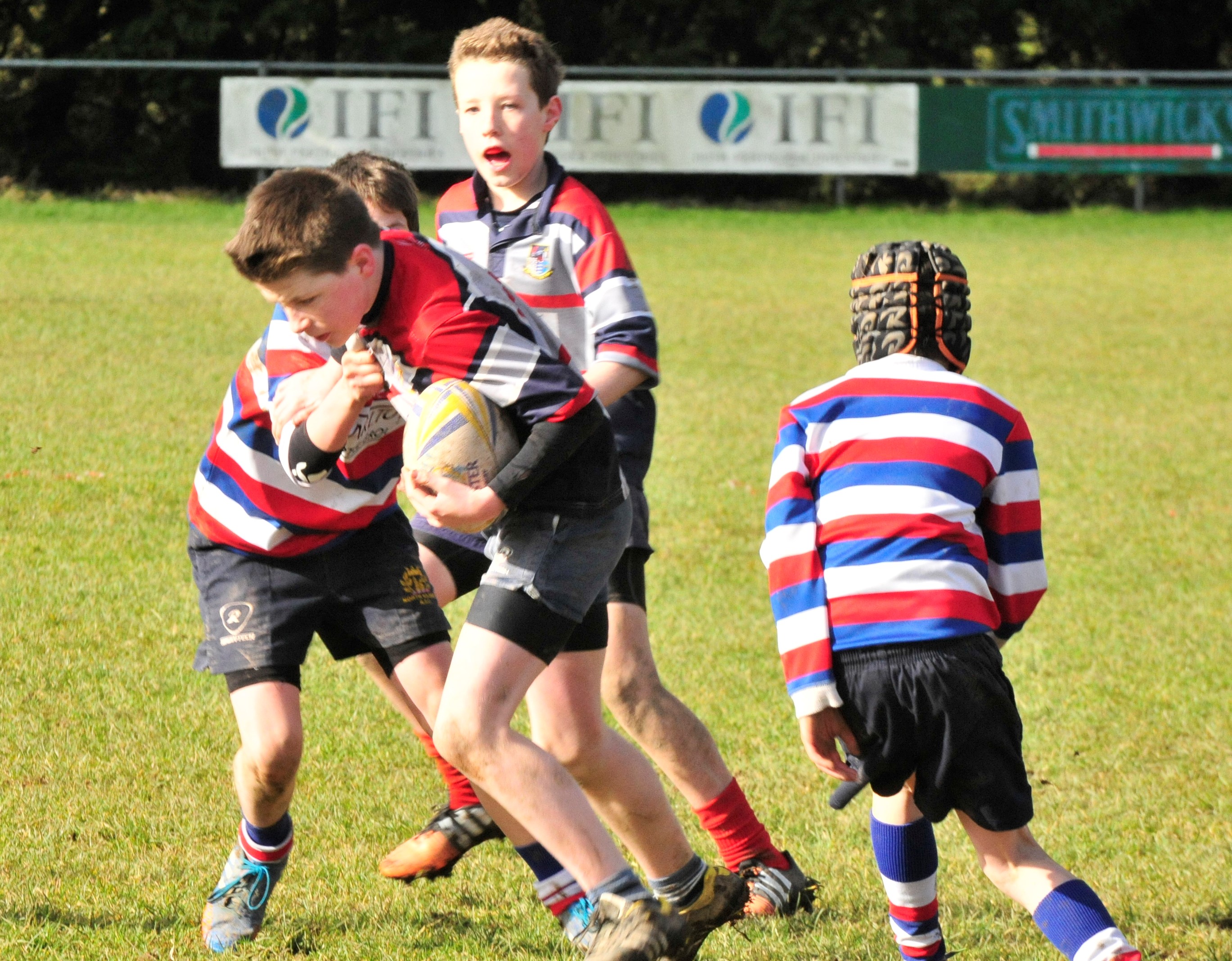 The Mullingar snow on Saturday morning did not stand a chance when faced with the prospect of hosting Mullingar and North Kildare at Shay Murtagh Park. Mullingar faced a well organised North Kildare team coming to the Midlands with a determination and desire to win. Mullingar started brightest, spending the first 5 minutes in North Kildare territory working phase after phase to create a little space for the backs. Matthew Cassidy and Mark Kiernan were the go to ball carriers, hungry for work and making a few meters each time. Unfortunately a couple of opportunities to go wide were spurned in favour of a more direct approach and when the ball was eventually turned over, North Kildare turned defence into immediate attack and made ground very quickly. North Kildare were not likely to make the same mistake as Mullingar and after a few phases they found themselves crossing the line under the Mullingar posts.

The Mullingar U13s are not boys that allow themselves to get disheartened to quickly. They knew that they were doing alot of things right and that, with some patience, an opportunity would present itself. However, they did not have to wait long. Following a little bit of kick and catch, centre Niall Manning collected the ball just inside his own 10 metre line and made a good decision to run the ball back in the hope that he would gain a few metres for his team. However, following a missed tackle, Niall found that he was in space and with Usain Bolt like speed was across the line for a beautiful, if unconverted try.

With the Mullingar tails now up, they could smell an opportunity and decided to take it. A quick turnover just inside the North Kildare half resulted in a little bit of space for the half backs Conor Murphy and Evan Coade to expose. Evan released his inside centre, Ethan Heffernan who in turn put Gary Cleary into a bit of space. Gary, playing 2nd row, finished the job with a neat hand-off, turned a clean pair of heals and dotted down under the posts. Brian Farrell added the extras to give Mullingar a comfortable lead.

With so much action in the first half, you might be forgiven for being disappointed that no additional points were added in the second. However, the Mullingar boys worked hard for their vistory, including some important tackles by Brian Farrell, Jamie Daly & Patrick Kane. But for some desperate defending from North Kildare, Mullingar came very close to a try that would have closed the game out completely. At full time, there were some very big smiles on some very happy faces. Mullingar B are now in 4th position in the league and have a really good chance of making the league semi finals.

A second half try from Conor Gibney sealed the win for Mullingar A, but the final scoreline probably did not tell the whole story. Mullingar dominated this game from start to finish but were a little wasteful in attack. The pack were very much central in a game where the backs did not get as much time on the ball as recent games. The first try was testament to this as the forwards carried through multiple phases before Hooker Evan Molloy eventually crossed from short range. Ben McGauran showed Jimmy Gopperth how it's done with a brilliant conversion less than 10 metres from the right hand touchline. Of the few opportunities that the backs had to play a bit, they did create the second try during the second half. From within the North Kildare 22, a slick move from the back of the ruck saw the ball move through 9 Shane Williams, 10 Fionn O'Hara, 12 Rory O'Sullivan-Sexton and finished by the bustling 13 Ben McGauran.

Following a half time berating from the head coach, Mullingar started the second half with great intensity. They did not take the foot off the gas until Conor scored the third try with 15 minutes to go. Shane Williams converting. Although Mullingar have now secured a place in the Premier League Semi Final with 2 games left to play, much better performances will be required against Wexford next week and then Navan on 18th March.