Despite defeat there was icing on the J1 cake 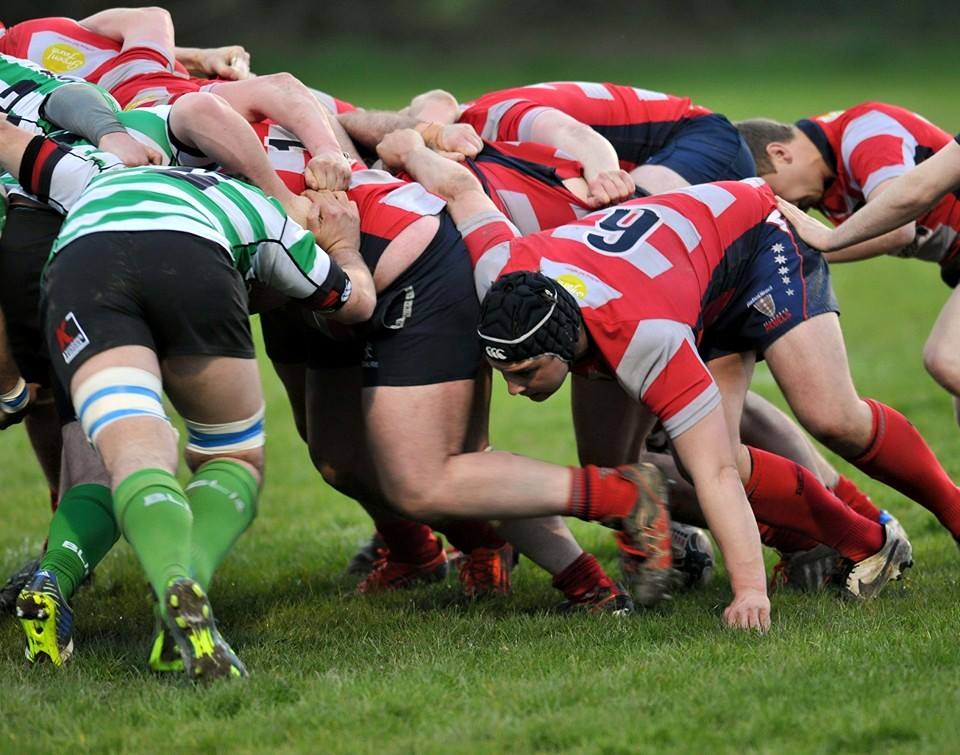 Promotion confirmation is the spoonful of sugar for Mullingar 1st XV
By Finian Coghlan
Mullingar bowed out of the2014-15 season in their 22nd game and only their
third defeat on Friday night in an absolute ding-donger against an
AIL-laden Naas outfit who only took the lead with just two minutes
remaining in the game.
However, for all those who felt a little hard done by in that Mullingarâs
season was now truncated prematurely, the great consolation arrived on
Saturday evening with the news that Dundalkâs elevation to AIL rugby means
Mullingar are guaranteed Division 1B rugby next season.
Even greater consolation for the club in not making the Plate final is the
news that Mullingar will now contest an unprecedented seven finals in the
next two weeks as the u13s, 15s, 17s (x2), 20s, 3rds, and women all vy for
silverware to pack the top table at the May 9th awards night.
With the Plate as their last chance of silverware, Naas came with a very
hot side on Friday evening and harvested as many AIL refugees as they
legally could from their senior team to consolidate this result.
However, Mullingar did not read this script and calmly matched their
supposed betters with an intensity learned over this very successful season.
Early doors the versatile Samuel Blair â deputising for the vacationing
Ciaran OâDonoghue in the front row â put the screws on in an early scrum
and won a easy tappable for a 3-0 lead.
Even without the presence of Alan Brabazon, the hits and intensity were of
the highest order, and yet Mullngar looked well within themselves at this
new level.
It took Naas until the 17th minute to get into the Mullingar 22 and after a
brief period of pressure equalised the score.
Within the natural rhythm of the game, Butler was given the opportunity to
put Mullingar back in the lead in the 21st minute but pushed it to the left.
Fresh from his under-20 hatrick last week, Davy OâReilly again showed his
gap-finding skills to loose Andrew Coade for a kick and chase to the 5m
line, but Naas maintained their resilience.
Reilly and Brady both had a couple of cuts at as well, but Naas were well
capable of breaking out and were soon back in the home 22, and with three
minutes remaining in the half took the lead against the run of play.
As is now the case, the halftime talk was not wasted on deaf ears, and
Mullingar came out flying.
In just the third minute they won a penalty and Butler put it splendidly
down the line, inside the Naas 22.
The lineout and rumble was straight off the training ground, and Mullingar
made some ground before a number of the biff peelers attempted to force a
hole.
After a number of murderous phases the very industrious Cormac Dunne
finally found the magic yard , and stretched through for an 8-6 lead.
Mullingar then put together some very disciplined, and very hard won,
territory acquisition before the impish Brabby drew a penalty 35m out in
the 7th minute which Butler couldnât convert.
Stung into action, Naas came back at a rate of knots, but it was their turn
to miss a kickable penalty in the 14th minute.
This tit-for-tat theme continued, and a Trojan hit by OâReilly won
Mullingar another penalty, but from a metre inside his own half, it was too
much of an ask for Butler to extend the home lead.
Their best chance for another try came in the 60th minute when the Coade
boys engineered a breakout on the wriggle-wriggle. Daz Brady was the only
teammate to keep up and he would have been home and hosed if he had just
held the pass.
In the 66th minute Cormac Dunne took some offence and received his seventh
yellow of the season, however, Naas were wide again from the ensuing.
For the closing 10 minutes Naas brought the kitchen sink, but the home
defence was immense, and despite breaking out on two occasions, Naas
quickly returned to the danger area and were rewarded with the winner in
the 78th minute.
There was some residual disappointment at the final whistle as Mullingar
conceded just their third defeat of the season (North Kildare by four,
Gorey by one, and Naas by one), but it was healthily trumped in the huddle
by a new-found, stand-tall confidence that will serve them well in Division
1B next season.
Team: 1. Darren âDazâ Brady, 2. Davy OâReilly, 3 Samuel Blair, 4. Alex
Moran, 5. Daryl Quinn (c), 6. Nigel Mills, 7. Cormac Dunne, 8. Niall
Hannon, 9. Arthur Brabazon, 10. Matt Coade, 11.Andrew Coade , 12. Eoghan
Gantly, 13. Henry Reilly, 14. Diarmuid Raleigh, 15. Johnny Butler. Subs
used: Darech Geraghty, Aidan Leahy, Ryan Tighe.
Tries: Dunne
Pen: Butler.
Try scorers 19.4.15:
Andrew Coade (20), Olive Butler (13), Louise Kelly (12), Matthew Coade, Sam
Blair (9), Paul Maxwell, Johnny Butler, Clodagh Cleary (8), Ellen Tait (7)
Diarmuid Raleigh (6), Davy OâReilly (5), Stacy Boland, Ryan Tighe, Sarah
Crosby, Henry Reilly, Arthur Brabazon, Teenie Burke, Jenny Gibson (4),
Conor Jack, Ronan Wallace, Eoghan Gantly (3), Adam Kerroum, LeeAnne
Miller-Maye, Niamh Kennedy, Richie Pyke, Tracy Talbot, Aoife Bagnall,
Darren Brady, Adrienne Andrews, Cormac Dunne (2), Darech Geraghty , Luke
Peppard, Alan Brabazon, Nigel Mills, Niall Hannon, Katie Layde, Julie
Dunne, Alex Moran.
1st XV tries for: 101, Against :30.